The mighty Storm Ciara: 170 kilometres (106 miles) per hour in Germany: UK and Europe battered: Flight from New York to London 2 hours ahead of schedule due to powerful 800 mph (1,287 km/h) jet stream 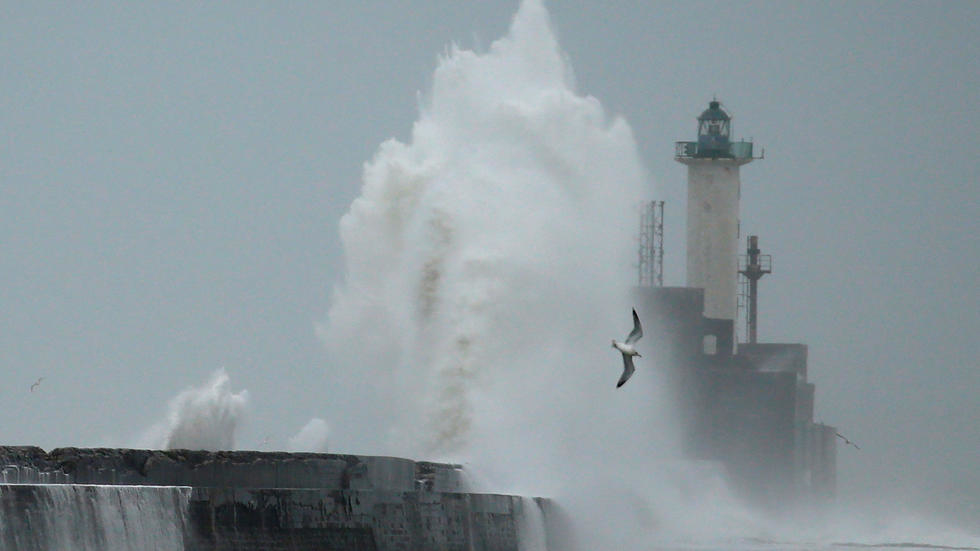 Waves crash against a lighthouse during Storm Ciara at Boulogne-sur-Mer, France, on February 9, 2020. © Pascal Rossignol, REUTERS

A British Airways Boeing 747 arrived almost 2 hours ahead of schedule and possibly set a new subsonic record during it's New York to London trip during Storm Ciara. The plane was pushed along at more than 800mph, by an incredibly strong jetstream.

The incredibly powerful Storm Ciara has left the UK and is now battering north-west Europe, causing destruction with strong winds reaching speeds of 150km/h (93mph). Storm Ciara - known as Sabine in Germany and Switzerland and Elsa in Norway - has caused hundreds of flights to be grounded and rail services cancelled in Germany, France, Belgium, the Netherlands and the UK. 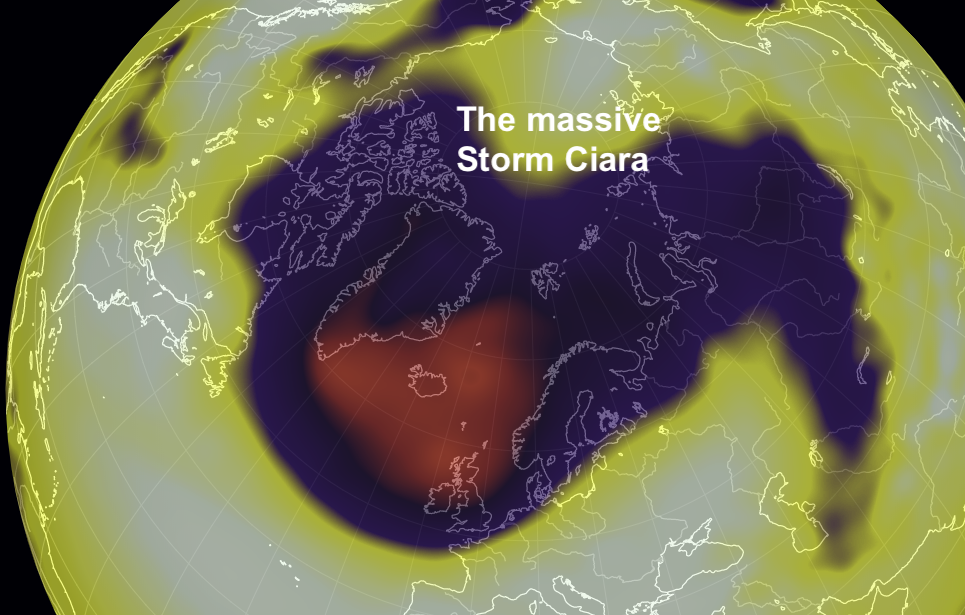 The mighty Storm Ciara, a massive low system stretching 4,000 miles from Canada to Siberia via Europe and Scandinavia.

In Holland, around 240 flights to and from Amsterdam's Schiphol airport, one of Europe's busiest, were cancelled on Sunday as a powerful storm blew in off the Atlantic Ocean with wind gusts of up to 120 km per hour (74 mph). Storm Ciara downed trees, disrupted public transportation and blew roofs off some buildings. All professional Dutch soccer matches were cancelled, along with most outdoor sporting events.


In Belgium, the Royal Meteorological Institute issued an alert for Sunday of winds reaching 130 km/h, or more, with the risk of property damage nationwide. Some sixty flights departing or arriving at Brussels Airport have been cancelled as a precaution, according to an airport spokesman, who said further delays were possible. In Brussels, woods and parks will be closed Sunday and Monday. The Belgium football league has announced postponements for championship matches that had been scheduled for Sunday.

While weather experts said the UK had seen the worst of the storm by Sunday evening, other parts of Europe on Monday were still bracing for it to strike or intensify. The storm - called Sabine in Germany - was largely over in northern Germany as of Monday morning, but whether authorities said it was still coming for the south. Gusts measuring more than 170 kilometres (106 miles) per hour were reported in the Black Forest in southern Germany Monday morning. German weather officials said the storm would carry on for several hours, with the heaviest rains and strongest winds expected in the south. Hundreds of flights were cancelled and all long-distance train travel was put on hold until appropriate weather conditions could be confirmed. Multiple injuries due to downed trees have been reported since Sunday. Two women in the city of Saarbrucken in western Germany were in the hospital after a tree fell on their car. One remains in critical condition. A 16-year-old in North Rhine-Westphalia also sustained head injuries from a falling tree. Overnight winds in Frankfurt blew a crane into the roof of the city's cathedral, where it became stuck. Germany issued its second-highest storm warning level for the entire southern half of the country. In parts of Bavaria and Baden-Wurttemberg, the highest level 4 warning has been issued.
xx