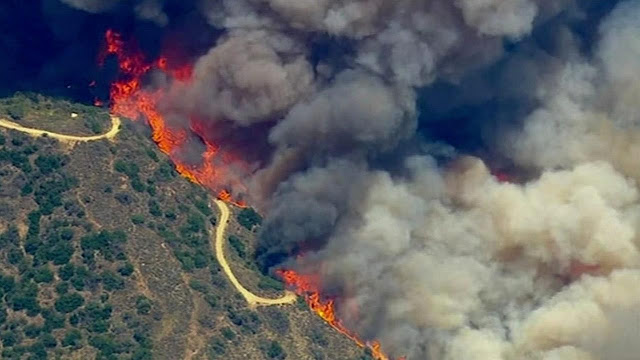 Photo ABC News
Yesterday The Big Wobble posted a frightening warning... Tipping point breached! The monarch butterfly has a 95% decline since the 1980's in North America: Two-thirds of ALL animals and insects extinct in 2 years, Imagine if the human population fell by 60%.
That would be like emptying America's, Europe, Africa, Oceania and China of people.In just two years’ time, the World will have lost two-thirds of all wild animals.