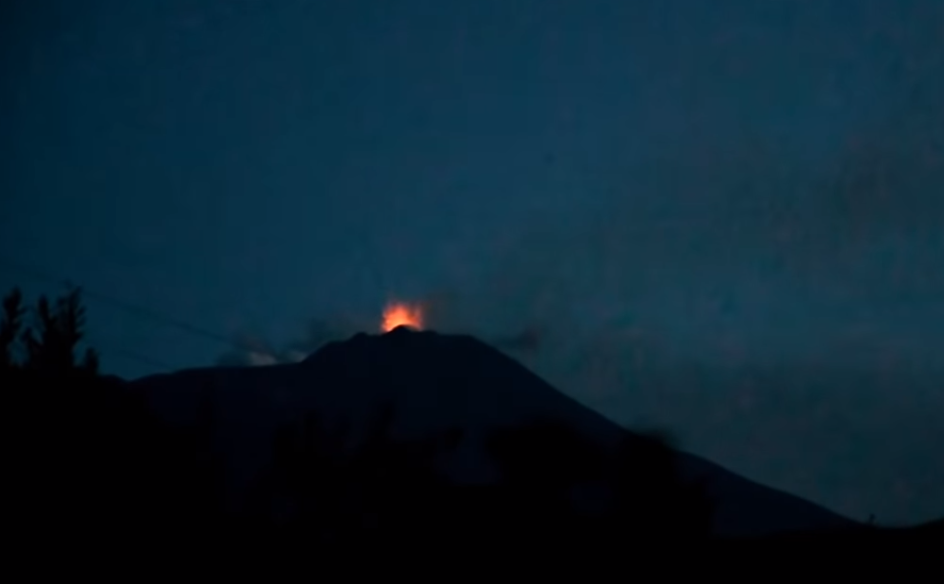 #etna #eruzione #vulcanoetna
Mount Etna, the famous Sicilian volcano, has erupted for the first time in more than a year.
The highest volcano in Europe burst into life on Monday evening and continued to produce fountains of bright orange lava into Tuesday.
Mount Etna has roared back into spectacular volcanic action, sending up plumes of ash and spewing lava.
Italy's National Institute of Geophysics and Vulcanology (INGV) says that the volcano, which initially "re-awoke" in late July, sprang into fuller action Thursday evening by shooting up chunks of flaming lava as high as 150 metres (500 feet) almost constantly.
On Friday, INGV said the action was continuing, feeding ash plumes several hundred meters (yards) into the air above the crater.
No evacuations of towns on Etna's slopes were reported. Sicilians farm on the fertile soils of the slopes of Etna.
The volcano is also a popular destination for hikers on the Mediterranean island.