Japan evacuates 36,000 as powerful Typhoon Jongdari takes aim after more than 300 dead and 40,000 hospitalised from floods and landslides 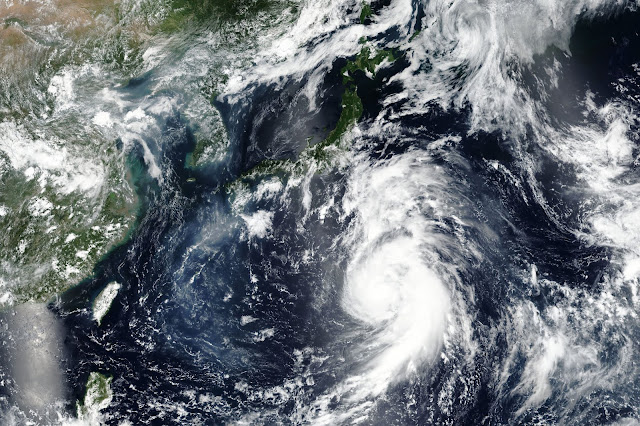 A powerful typhoon is heading for Japan after one of the countries deadliest months ever after more than 300 people died and nearly 40,000 hospitalised from floods and a crippling heatwave.
Typhoon Jongdari, packing winds of up to 180 kilometres (110 miles) an hour, is forecast to make landfall on the country's main island on Saturday night or early Sunday, according to Japan's Meteorological Agency.
Authorities have issued evacuation orders to western areas still devastated by floods and landslides.
According to AFP.com, the storm, currently some 250 kilometres south of Tokyo, is expected to barrel towards the western Chugoku region Sunday, where record rainfall earlier this month unleashed flooding and landslides, killing around 220 people and leaving more than 4,000 survivors still living in temporary shelters.
The weather agency warned of heavy rain, landslides, strong winds and high waves, and urged people to consider early evacuation.
"We want people especially in the downpour-hit regions to pay close attention to evacuation advisories," meteorological agency official Minako Sakurai told reporters.
The western city of Shobara in Hiroshima prefecture issued an evacuation order to some 36,400 residents as a precautionary measure, officials said.