Signs and wonders: Live Bible prophecy tonight as the longest "total lunar eclipse" in a hundred years will turn the moon to blood 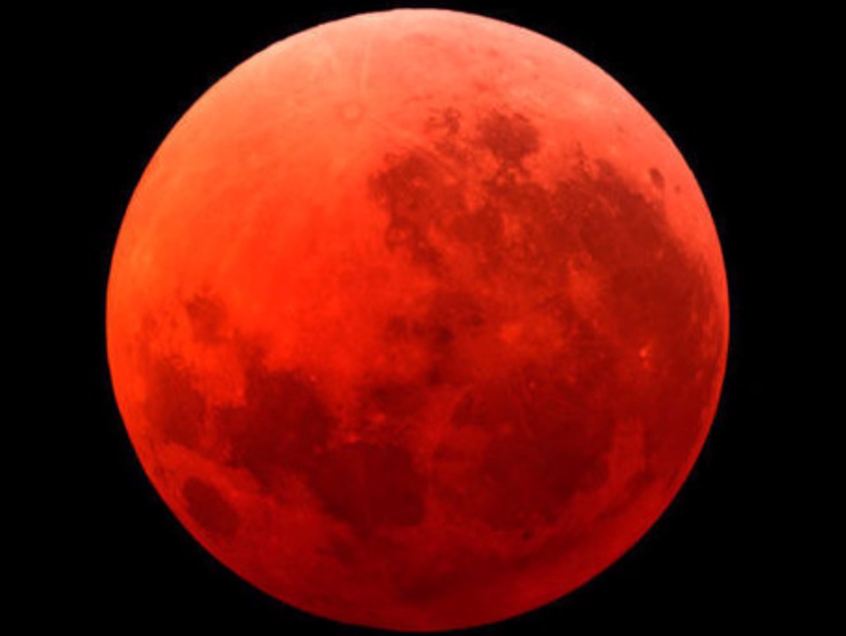 Many people are in for a rare treat tonight as the Moon and Mars are converging for a midnight conjunction in the constellation Capricornus.
This is no ordinary meeting of heavenly bodies, according to Spaceweather.com, Mars is making a 15-year close approach to Earth, giving the Red Planet a luminosity that pierces the glare of the full Moon with ease during the longest "total lunar eclipse" in a hundred years
As the moon passes through the shadow of Earth it will turn the colour of blood as sunlight is blocked, this is known as a "total lunar eclipse." bringing Bible prophecy to the fore.
People around the world can see Earth's shadow swallow the Moon for as much as 1 hour 43 minutes, making it the longest lunar eclipse in a century.

This animation, created by graphic artist Larry Koehn, shows how the eclipse will unfold.


Live webcasts: from Israel, from Belgium.