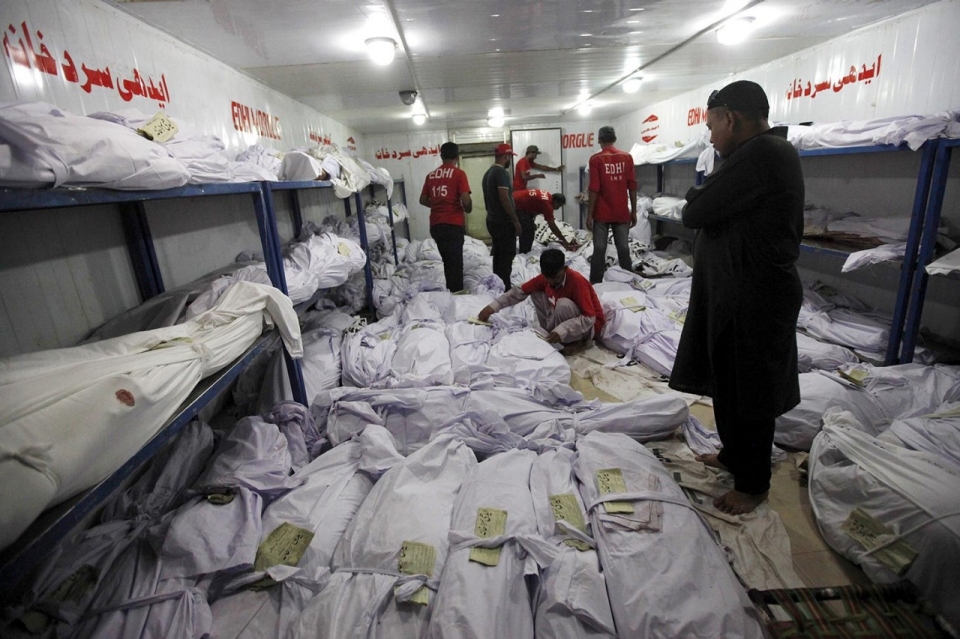 Photo america.aljazeera.com
Above the heatwave in 2015 killed more than a 1,000 people in Karachi alone with temperatures approaching 50 deg C (122 deg F).
With temperatures hovering around 45 deg C (115 deg F) in parts of Pakistan it becomes the third country in 24 hours to warn it's residents to once again have to take the necessary precautions to avoid heat exhaustion and heatstroke, as well as deal with poor air quality.
The discomfort caused by the arrival of summer is further aggravated because of unscheduled load-shedding.
Over the past few years, Karachi has been witnessing extreme summers.
In 2015, the heatwave in the city resulted in the death of at least 1,000 people.
The question is: has our government taken any preventative actions and measures to avert the loss of precious lives, especially in the month of Ramazan?
Proper steps should be taken to avoid any untoward incident.
Awareness campaigns should be carried out to inform people how to prevent heatstroke.
The government should set up camps at various locations and provide cool drinking water to passers-by. Hospitals should be well-equipped to deal with any untoward situation.

Yesterday millions of people and animals were declared in danger as parts of India braced as the mercury rose above 45 degree Celsius around 115 deg F.

And most of the Philippines was declared in the "Extreme Caution" classification as the heat index rose to a high of 47.7°C (118 deg F) in some parts.