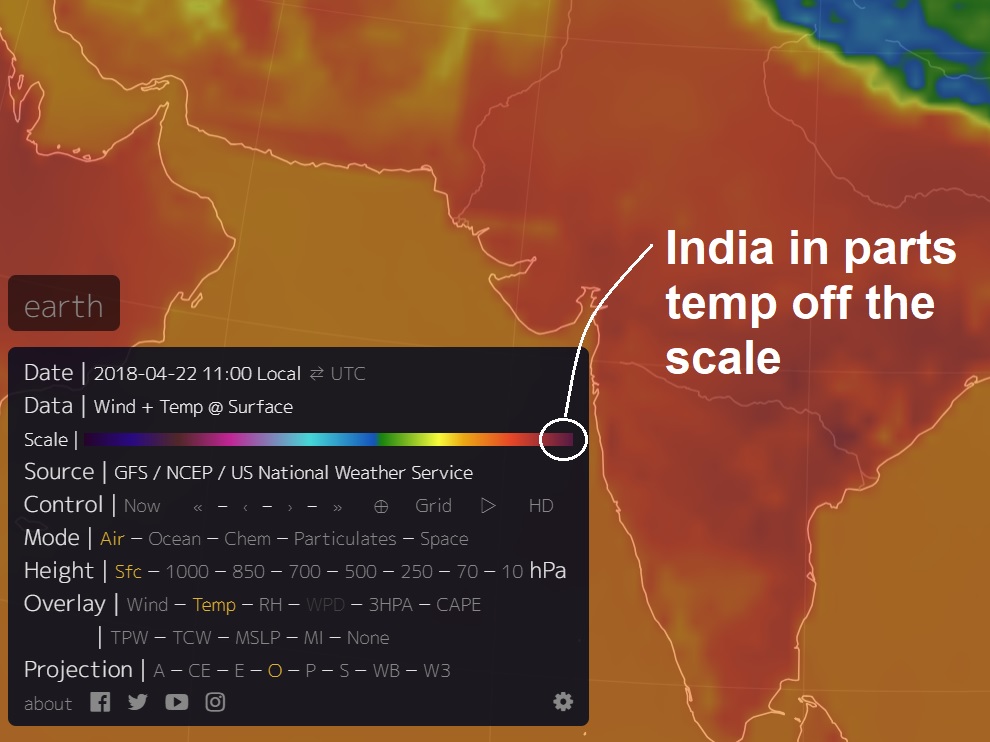 Earthwindmap
A resurgence of heat will come back with a vengeance next week as the highest readings so far this year will be rivalled.
According to the forecast released by Met Office, heat wave may continue for another two days and mercury may rise to above 45 degree Celsius around 115 deg F.
In certain parts of the State, there will be a thunderstorm.
In its bulletin, Met Office predicted that heat wave may continue in Adilabad, Nizamabad, Nirmal, Kumarambheem Asifabad, Jagtiyal, Mancherial, Peddapally, Kareem Nagar and Warangal. According to the warning issued by Regional Met Center, Chennai, mercury may go past 45 degree Celsius in the northern districts of Telangana.
The bulletin noted that in Ramagundam, Nizamabad and Adilabad, the maximum temperature was recorded as 43 degree Celsius on 21st April.
It further says that on 22nd April, Khammam, Kothagudem, Mehboobabad, Jai Shanker Bhopalpally, Mancherial, Pedddapally and Warangal may have thundershowers.
As temperatures climb, so will the dangers to the millions of people and animals living across the region.
Residents will once again have to take the necessary precautions to avoid heat exhaustion and heatstroke, as well as deal with poor air quality.