Drought the new killer in Afghanistan as 30% of water sources are reportedly dry affecting 3 million including 1.6 million children 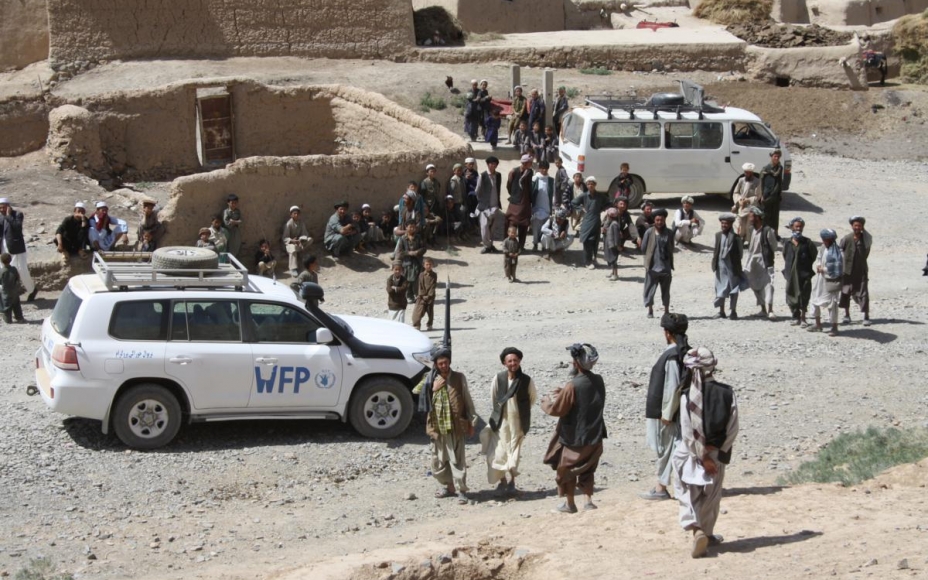 Photo wfp.org
The extremely dry winter has affected 22 provinces across Afghanistan and now threatens to negatively impact the lives of one million people, with an additional two million who could feel its effects over the coming months.
Food insecurity and reduced access to safe water are beginning to take their toll in the 10 worst affected provinces, where 20 to 30 percent of water sources are reportedly dry.
The impact on children could be devastating, as these areas have pre-existing high rates of malnutrition.
Without adequate nutritious food and safe water for drinking, as well as for hygiene and sanitation, children's health will only worsen.
"The priority is to prevent the situation from deteriorating, by responding to the needs of children and families in the worst affected areas," said Adele Khodr, UNICEF Representative in Afghanistan. "Children across the country already face numerous challenges and now they have to cope with this latest threat to their lives," Khodr added.
The impact of the drought couldn't come at a worse time, as cases of severe acute malnutrition - seasonal malnutrition - rise on average by about 25 percent each year in the coming summer months. Some 1.6 million children and 443,000 pregnant and lactating women suffer from malnutrition across Afghanistan.
"Preventing malnutrition is already a priority in Afghanistan," said Khodr.
"We need to make sure that children and families get the access to nutritious food, safe water and health services that they need.
The impact of malnutrition can last a lifetime, which is why it's critical that we identify and treat at-risk children now," Khodr added.
A drought emergency task force has been set up by the Government of the Islamic Republic of Afghanistan to coordinate and align the response across all sectors, including education, nutrition, water, sanitation and hygiene, food security and agriculture.
UNICEF and partners in the nutrition cluster estimate that emergency nutrition assistance is needed for 92,000 children and 8,500 pregnant and lactating women.
UNICEF estimates also show that between July and December 2018, some 121,000 acutely malnourished children under five and 33,000 pregnant and lactating women could need life-saving nutrition services.
The UNICEF led water, sanitation and hygiene (WASH) cluster have indicated that some 875,000 people could need assistance in the next three to six months.
UNICEF and partners are scaling up their operations to respond to the emergency nutrition and WASH needs.
An estimated 100 families from the Bala Murghab district of Badghis have been forced to move to Herat to find alternative work due to failed crops and to access safe drinking water.
The situation is further complicated, as a result of escalating conflict that often occurs at this time of year, leading to increased displacement and reduced access for humanitarian workers.
Among the affected provinces, Bagdhish, Bamyan, Daykundi, Ghor, Helmand, Kandahar, Jawzjan, Nangarhar, Nimroz, Nuristan, Takhar, and Uruzgan are of critical priority for nutrition and water, sanitation and hygiene assistance.
Thirteen provinces, out of a country total of 34 provinces, received less than 30 percent of their average annual precipitation in the period October 2017 to end February 2018.