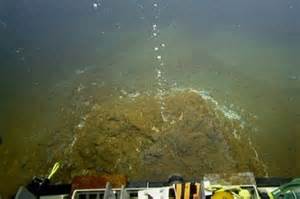 Photo caribbean360.com
The National Disaster Management Agency is monitoring an increase in activities taking place at Kick 'em Jenny, the region's only submarine volcano located between Grenada and the Grenadine island of Carriacou.
In a release early Sunday, the disaster agency said it has been advised of the increase in activity by the Seismic Research Centre (SRC) of the University of the West Indies (UWI).
"The UWI/SRC recorded a high amplitude signal, lasting about 25 seconds, on one of the Grenada stations.
The signal was also recorded on a station in Montserrat.
This signal follows an increase in the number of background events associated with the Kick-'em-Jenny volcano," said the release which confirmed that persons in the St. Patrick's area have reported feeling tremors."
As a result, the alert level is now on yellow and sea users and ships have been warned to stay away from vicinity of the submarine volcano.
"In light of the ongoing we are advising all sea users that the 5km (3.1 miles) exclusion zone of Kick 'em Jenny be strictly observed.
The SRC has advised that heightened alert is necessary for the exclusion zone," the release added.
A yellow alert means the volcano is restless; seismicity and/or fumarolic activity are above the historical level or other unusual activity has been observed or can be expected without warning.