"Lets kill all the people!" At least 44 killed in Damascus bombing by radical Sunnis targeting Shi'ites 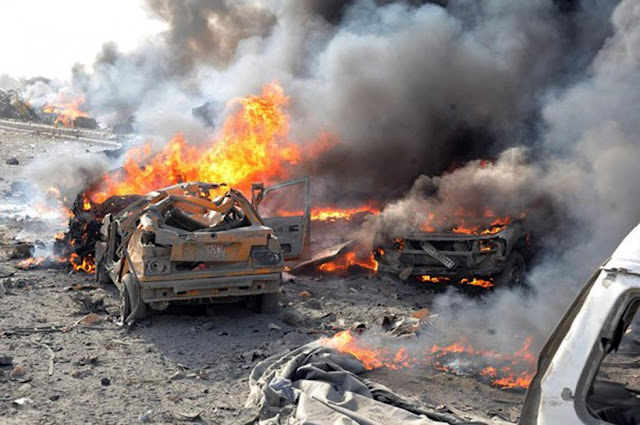 Photo UNI.com
Damascus was shaken to its core today following one of the worst terror attacks the Syrian capital city has ever seen.
At least 44 people were murdered in a terror attack today (Saturday), when two suicide bombers blew themselves up near a mosque in the city.
Dozens more were injured in the terror attack, which branch removed from al-Qaeda claimed responsibility for.
Two suicide bombers blew themselves up next to a bus filled with Shi'ite Muslim worshippers, who were on their way to a mosque past a cemetery in Old Damascus.
The cemetery contains a number of plots that are considered holy among Shi'ites, drawing Shi'ite visitors from around the world.
"There are many injured in the area, several of whom are in critical condition," said a representative from a human rights organization who arrived at the scene of the terror attack.
Unfortunately, this is not the first time that a Shi'ite religious site has been targeted in a terror attack carried out by radical Sunnis.