Smoke billowing' from Japan nuclear plant — Fire reported near reactors: TEPCO unaware of cause of smoke 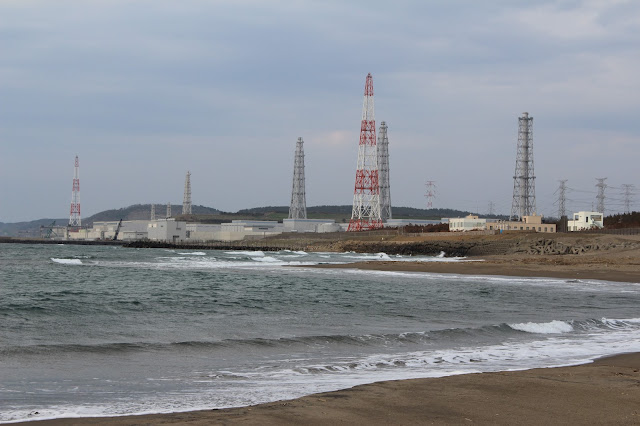 Smoke emerged at a service building of the Kashiwazaki-Kariwa nuclear power plant in Niigata Prefecture on Thursday but it quickly dissipated after a firefighting effort by workers, its operator said.
Tokyo Electric Power Company Holdings Inc. said there was no radiation leak in the incident.
The utility has not identified the cause of the incident.
The plant operator confirmed smoke coming out around 3:25 p.m. from a locker room inside the service building, located near the plant's reactors 6 and 7.
The building is not a radiation controlled area, according to the company.
The two reactors on the Sea of Japan coast are being screened by the Nuclear Regulation Authority as Tepco is seeking to resume their operation after they were halted following the 2011 nuclear meltdowns at its Fukushima No. 1 power plant.

TEPCO unaware of cause of smoke at Niigata nuclear plant in latest blunder – Tokyo Electric Power Company Holdings Inc.
(TEPCO) on Thursday said that it had detected smoke billowing from a service room near two reactors at its Kashiwazaki-Kariwa nuclear power plant in Niigata Prefecture, located on the west coast of Honshu island.
TEPCO said that there was no radiation leak as a result of the possible fire which occurred close to its Sea of Japan-facing reactors, although the utility has yet to comment on the cause of the fire.
The plant operator said that it noticed smoke billowing out of a locker room inside the service building near its No. 6 and No. 7 reactors at the facility…