Flash flooding, damaged buildings as Victoria pummelled with half a meter of rain in a couple of hours 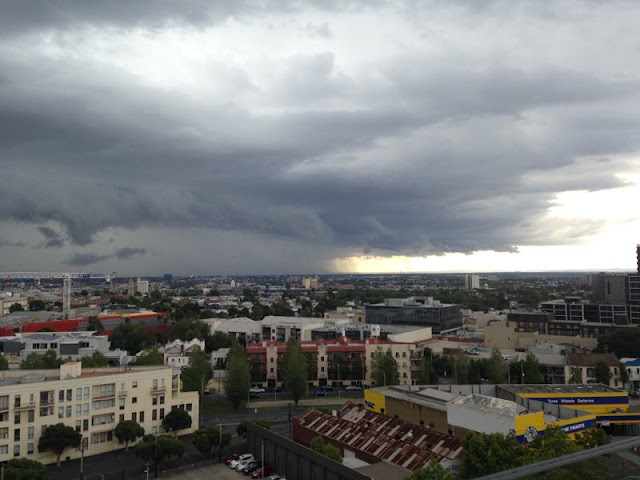 Photo Australia Network News
Heavy rain has lashed Victoria overnight with emergency crews responding to hundreds of calls. State Emergency Service crews have responded to more than 400 calls for assistance since 10pm last night as a storm his the state.
Melbourne's inner south east reported the worst flooding and storm damage.
SES crews were kept busy in the Glen Eira, Frankston and Sorrento council areas with 80 call outs made.
Ballarat was the busiest regional SES unit with 33 requests for assistance, while Geelong also received more than 30 call outs.
A plane was also diverted due to Melbourne's weather conditions, leaving passengers stranded in Adelaide.
Emirates flight EK407 from Auckland was due to land at Melbourne Airport at 8.50 but was diverted to Adelaide due to the torrential downpour.
One person waiting for the plane to arrive took to social media to vent her confusion, saying:
"I'm waiting for Aisea's flight from Auckland to arrive in Melbourne and I check the status online and it says it was diverted in-flight and is now in Adelaide."
The wild weather has caused the roof of a leading cinema in Waurn Ponds to collapse.
Facebook used Lisa Beardsmore posted: "The roof has just collapsed in one of the cinemas at readings Waurn Ponds."
Bureau of Meteorology senior forecaster Rod Dickson said Geelong and Arthurs Seat experienced the most rainfall last night. "Arthurs Seat has received 50 millimetres and Geelong has had 45 millimetres," he said.
"Most of the state will be affected with heavy rain overnight and relief won't be in sight until late Monday." Melbourne isn't expected to clear up until the afternoon. "It will also be a cool day with a temperature top of just 19 degrees," Mr Dickson said.