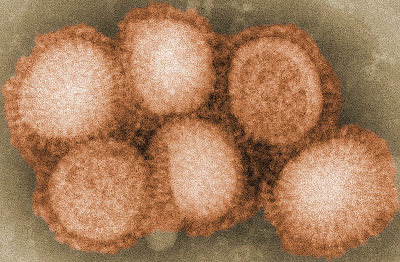 The Dutch authorities are racing to contain a bird flu outbreak at two poultry farms and the same strain - H5N8 - has also infected chickens and wild birds in north Germany. A farm in the eastern Dutch town of Puiflijk and another nearby have been told to cull 200,000 chickens.

Chickens are also infected at a small poultry farm in Nordfriesland, part of Germany's Schleswig-Holstein state. H5N8 is very low-risk for humans, but the economic cost can be significant. Health experts say people should avoid touching sick or dead birds, and chicken and eggs are safe to eat if cooked thoroughly, as that kills the virus. A poultry farm in Frodsham, north-west England, also has cases: a cull of 13,000 birds was ordered there on Monday.

Containment zones have been set up around the farms, as well as around the north German farm in Oland, Nordfriesland. Farmers have been urged to keep their poultry indoors. German public broadcaster NDR says more than 1,000 dead wild birds - mainly geese and ducks - have been found on the Nordfriesland coast, most likely infected with bird flu.

Germany's worst bird flu outbreak was in 2016-2017 when more a million birds were culled nationally. The Netherlands is Europe's largest exporter of chicken meat and eggs, employing 10,000 people on 2,000 farms. The Dutch culled more than 30 million chickens, ducks and other fowl in a major bird flu outbreak in 2003, the BBC's Anna Holligan reports from The Hague.