A very powerful magnitude 7.0 - rocks Greece and Turkey: A series of mini-tsunamis hit the island following the tremor: Today's quake was the 8th major quake (mag 6 or higher) of October and the 105th of 2020 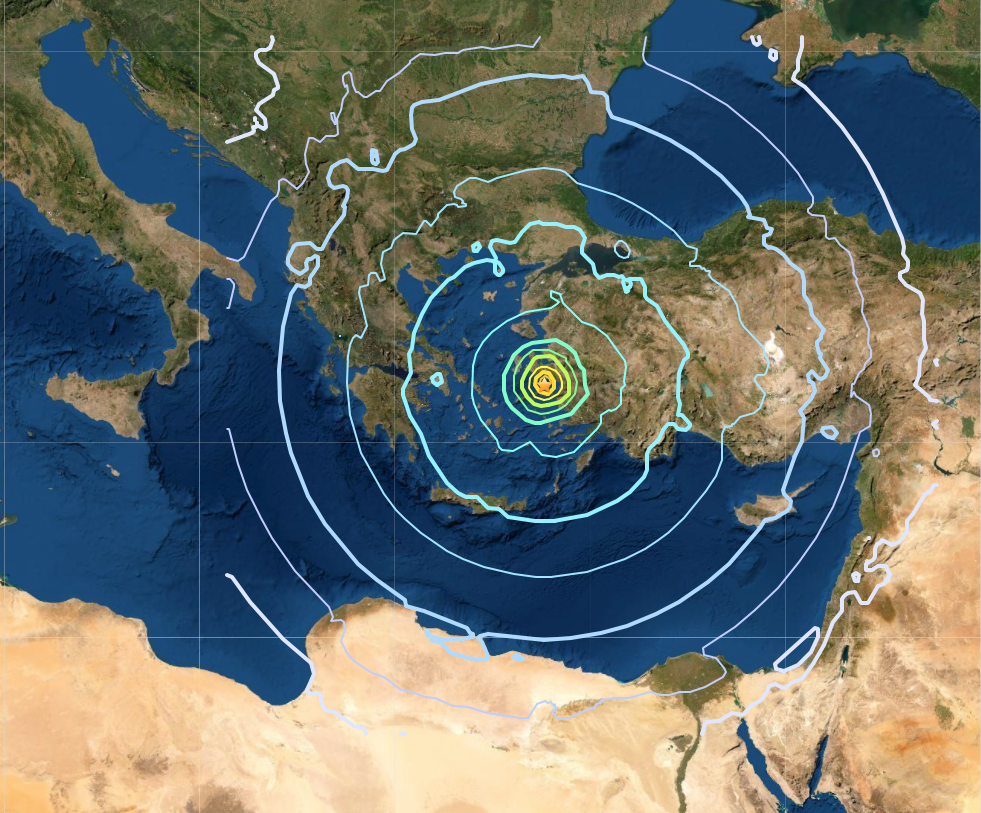 An earthquake with a magnitude of 7.0 on the Richter scale hit the island of Samos on Friday around the noon hour, leading residents to run into the streets and triggering fears of a tsunami. Lasting for a prolonged time, the temblor was very shallow at a depth of only 2 kilometres (1.24 miles) and was felt just before noon all around the nation of Greece. The epicentre of the earthquake, which jolted the entire nation, was on the island of Samos, just off the Turkish coast.

However, the temblor was felt all the way west to the region of Attica and also on Rhodes, Syros, Crete and in other parts of the country. The coastal city of Smyrna, on the Turkish coast, suffered a great deal of damage, according to early reports. On Samos, some buildings were damaged, including a church. Authorities on Samos are now assessing the situation.

A series of mini-tsunamis hit the island following the tremor. The mayor of eastern Samos, George Stantzos, speaking to Greek media, said that the authorities were attempting to "organize the situation, with all services, as much as we can. We are on the side of the residents. The next hours are crucial.

"Other media reports quote the mayor of western Samos, Alexandros Lymperis, as saying "We have a very strong earthquake as we learned 7.0 on the Richter scale, near us. In the centre where I am, people have taken to the streets and fortunately, they are calm."We are trying to stay close to the ground.

We are all in the square and not inside buildings. I believe that in a little while we will have an assessment by the police and the services for any damages. The buildings seem to have endured.