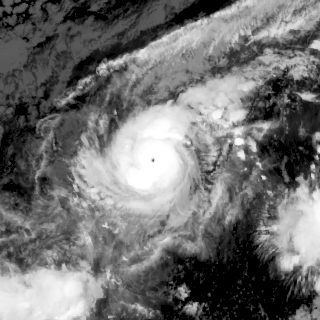 Last week Typhoon Molave killed 22 people in the Philippines, today the Philippines orders more evacuations as the worlds biggest storm of 2020, category 5 Typhoon Goni nears "Super Typhoon Status" and is expected to impact Metro Manila, population 13 million between Sunday evening and Monday morning.
As of Saturday morning, Rolly has maximum sustained winds of 215 kph and gustiness of up to 265 kph. It is close to reaching the 220 kph maximum wind speed to be classified as a supertyphoon. PAGASA is not ruling out its possible intensification into a super typhoon within 12 hours.
Estarreja said Rolly has a high chance of intensifying into a super typhoon while on its way to the country, but there is still a slim probability that it may make landfall as a supertyphoon. However, it is still expected to remain a strong typhoon or near super typhoon strength, by the time it makes landfall over Quezon.
While traversing Luzon, the tropical cyclone may weaken considerably to a minimal typhoon (120 kph to 140 kph Yung maximum sustained winds), Estareja said. Nonetheless, Rolly is still possibly destructive. It may emerge as a severe tropical storm over the West Philippine Sea
Typhoon impacts This Saturday, the trough or extension of Rolly will bring light to moderate with at times heavy rains over Central Visayas, Negros Occidental, Leyte, Southern Leyte, Palawan, including Cuyo Islands, Zamboanga Peninsula, Northern Mindanao, Caraga, and Sulu archipelago. From late Saturday throughout Sunday, heavy to intense rains due to the direct impact of Rolly will already be felt over Bicol region, Cavite, Laguna, Batangas, Rizal, Quezon, Metro Manila, Central Luzon Marinduque, and the northern portions of Occidental and Oriental Mindoro. MB
Hurricanes and Cyclones 2020
Front Page Headlines
at October 31, 2020