Slow-moving Hurricane Sally could unleash up to 30 inches of precipitation on parts of the Gulf Coast: Historic life-threatening flash flooding due to the torrential rainfall and the slow pace of the storm is likely through Wednesday (NOAA). Satellite, Cone, Video 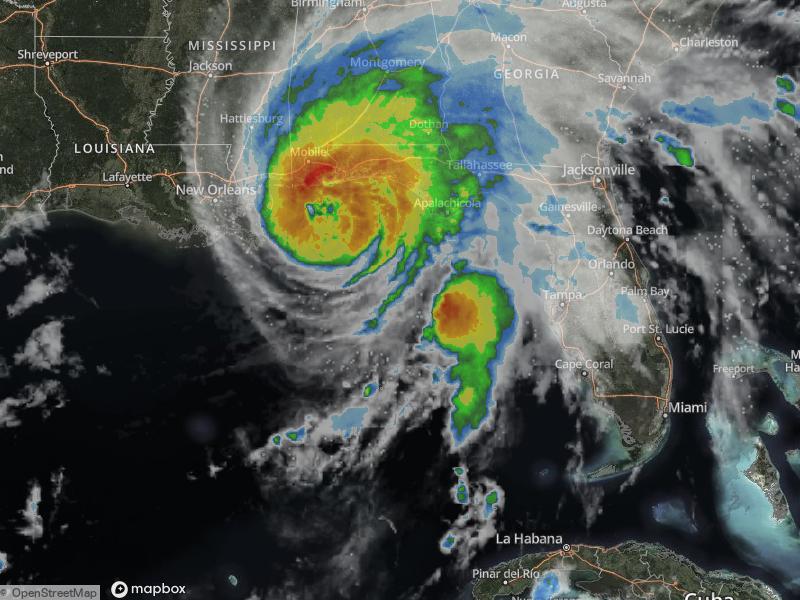 AccuWeather forecasters on Tuesday increased total rainfall projections for Hurricane Sally, saying the storm could unleash up to 30 inches of precipitation on parts of the Gulf Coast. The increase in the amount of forecast rainfall was due to the storm's decreased forward speed.
Monday night into Tuesday Sally had crawled to a pace of just 2 mph as it inched closer to land. The storm was already kicking up a significant storm surge in some places along the coastline in Louisiana and caused flooding in Alabama. Sally peaked Monday evening as a Category 2 hurricane with maximum sustained winds reaching 100 mph, but the storm lost some wind intensity early Tuesday morning and was downgraded to a Category 1 storm. 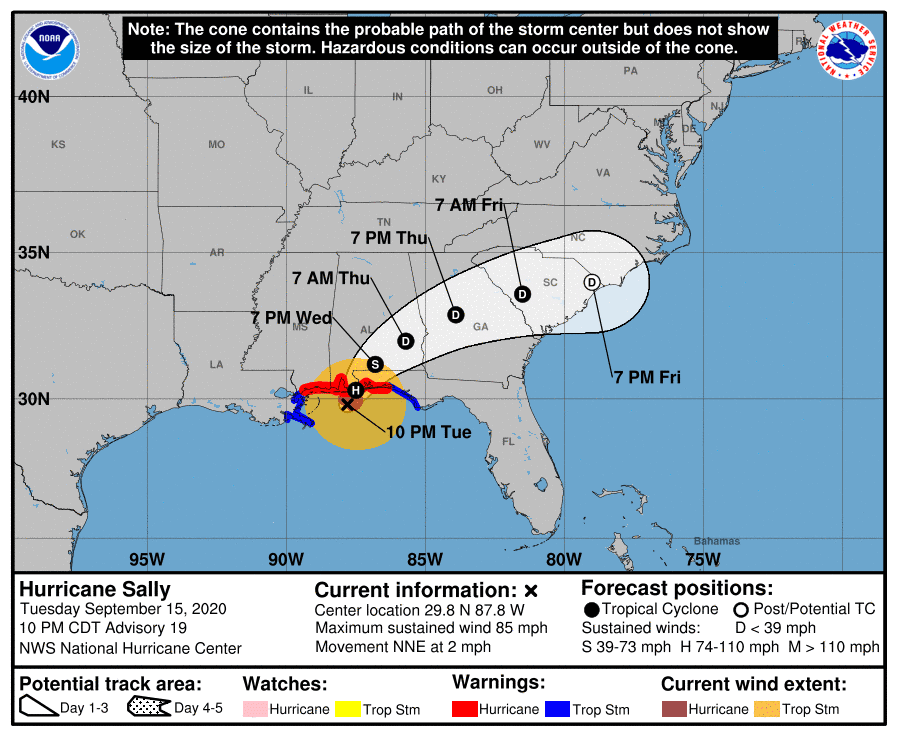 According to NOAA, historic life-threatening flash flooding due to the torrential rainfall and the slow pace of the storm is likely through Wednesday along and just inland of the coast from the Florida Panhandle west of the Apalachicola River to the Alabama and Mississippi border.
Widespread moderate to major river flooding is forecast across the Florida Panhandle and southern Alabama. Significant flash and urban flooding, as well as widespread river flooding, are likely across inland portions of Mississippi, Alabama and Georgia along with both Carolinas this week.
Hurricane conditions are expected through this evening and overnight with portions of the Hurricane Warning area along the Mississippi and Alabama coastlines and the western Florida panhandle.