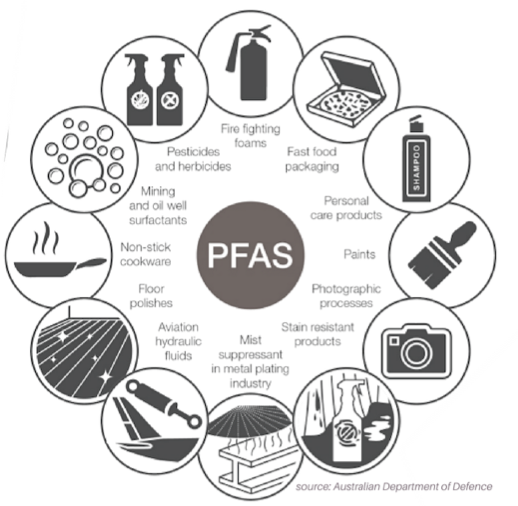 At least 500 hundred drinking water wells that serve up to 9 million Californians have potentially dangerous levels of a highly toxic family of chemicals and some of the worst are right here in the Bay Area. Surrounded by lush green fields, Pleasanton often makes the top ten list of desirable places to live. But a new list just out is nothing to boast about. "I was just floored," said Pleasanton resident Jill Buck when she found out her town made the top ten for dangerous drinking water.

Pleasanton relies heavily on groundwater for tap water but stopped using one of its wells last fall after state-mandated testing found it contained potentially unsafe levels of two chemicals that are part of a family called per and polyfluorinated chemicals or PFAS. "It's bioaccumulative. So it doesn't just enter your body and flush right out. It stays. And the health impacts are great," said Buck, who is also CEO of the Go Green initiative https://gogreeninitiative.org/ whose mission is to help schools create a culture of conservation.

Developed in the 1940s by Dupont, PFAS were first used to make the non-stick material in Teflon pans. Then came Scotchgard and firefighting foam. Now the chemicals are everywhere around us, from shoes to furniture, carpeting and food packaging. They are called forever chemicals because once they get into the environment they never degrade. "What characterizes this class is that the strongest chemical bond that we have is in them.

The bonds are so strong that they are not broken down," said Amy Kyle, an environmental health scientist with the UC Berkeley School of Public Health. "It's a quadruple whammy. We ban chemicals that are persistent, bioaccumulative and toxic. Some of these are all three and also mobile in water. So it's not only bad, but it's going to get everywhere," said Kyle. According to the Centers for Disease Control, the scientific evidence linking PFAS exposures with harmful health effects is increasing. Some studies have shown that exposure to certain PFAS might adversely affect growth learning and behaviour of children, lower a woman's chance of getting pregnant, increase cholesterol levels, affect the immune system and increase the risk of some cancers.

As a result, manufacturers do not have to disclose if or how the chemicals are used, and there are thousands of them. "I have to give the federal EPA an F. Because they are allowing these things to be used in ways that are letting them accumulate in the environment and not even doing the most basic step of identifying what they are and how you can measure them," said Kyle. With little federal guidance, states are stepping up.

California started requiring testing of drinking water wells for PFAS chemicals last year. Eleven wells in the Tri-Valley area contained levels high enough to trigger a notification to residents. Two of them, Pleasanton's "Well 8" and Zone 7's "Mocho 1" were among the 12 most PFAS-contaminated water sources in the state, triggering a required response from local governments. "The number one message is, even though we're finding PFAS in the source groundwater, it is not getting into people and businesses' taps," said Valerie Pryor, general manager of the Zone 7 Water Agency.

Pryor told us water from Mocho 1 is getting blended with other wells, bringing the levels of PFAS way down. "Other wells where we're able to, we run them through our reverse osmosis plant, which does remove the PFAS," said Pryor. Pryor says Zone 7 has hired a consultant to look into new filtering technologies. But it will cost. And unlike the West Virginia town that sued Dupont, there's no nearby manufacturing plant to blame and no obvious target to foot the bill.

The state has identified airports, landfills and former and active military bases as possible sources. But for now, that remains a mystery, leaving the cleanup bill most likely to local residents like Jill Buck. "We need to know where this is coming from so that it's not just a continuous cycle of taxpayers cleaning up somebody else's mess. Whoever is responsible should help pay for it. And we'd like for them to stop putting it in there," said Buck.

Congress has ordered the phase-out of PFAS in military firefighting foams by 2024. As for your non-stick Teflon pan, the Teflon has been reformulated without the two PFAS chemicals on the EPA advisory list. But other PFAS chemicals are still being used, with no requirement to disclose them. Local water officials have hired a consultant to look into new filtering technologies. But they are warning, it's going to cost.