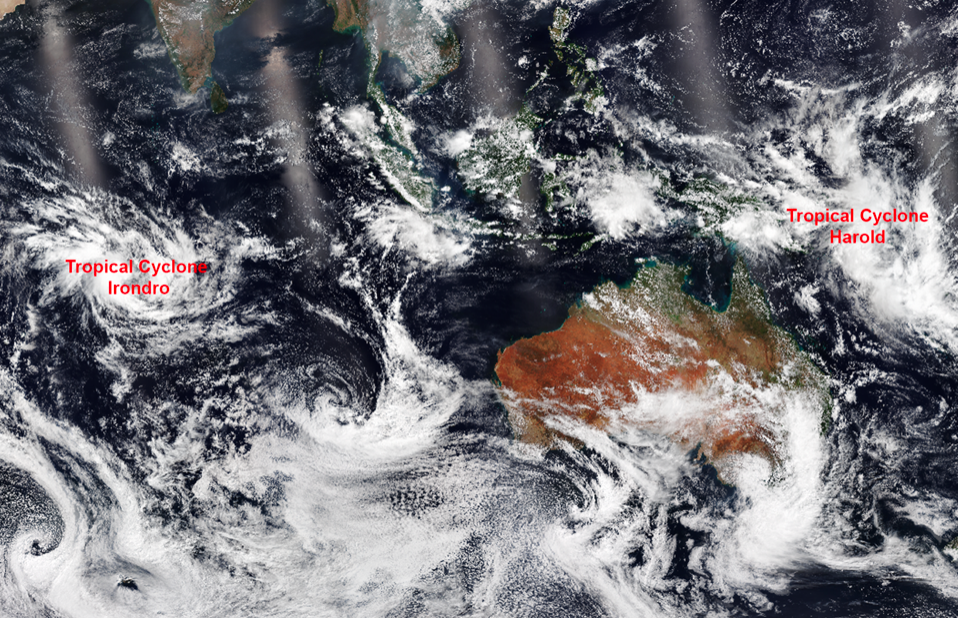 This image was captured by the NOAA-20 satellite's VIIRS instrument.

The NOAA-20 satellite captured this image of two tropical cyclones that developed in the Southern Hemisphere. The first, Tropical Cyclone Irondro, formed in the Indian Ocean east of the islands of Victoria and Mauritius. The other, Tropical Cyclone Harold, formed between the Solomon Islands and the eastern coast of Papua New Guinea.
As of 2 a.m. EDT, April 3, Tropical Cyclone Irondro was located approximately 720 miles south of the island Diego Garcia and was tracking south-southeastward at around 18 mph. The storm’s maximum sustained wind speed was 65 mph with gusts up to 80 mph, which is the equivalent of a strong tropical storm in the Atlantic Ocean. The storm is expected to intensify to the equivalent of a Category 1 hurricane, with winds of 85 mph, before turning east-southeastward by tomorrow. 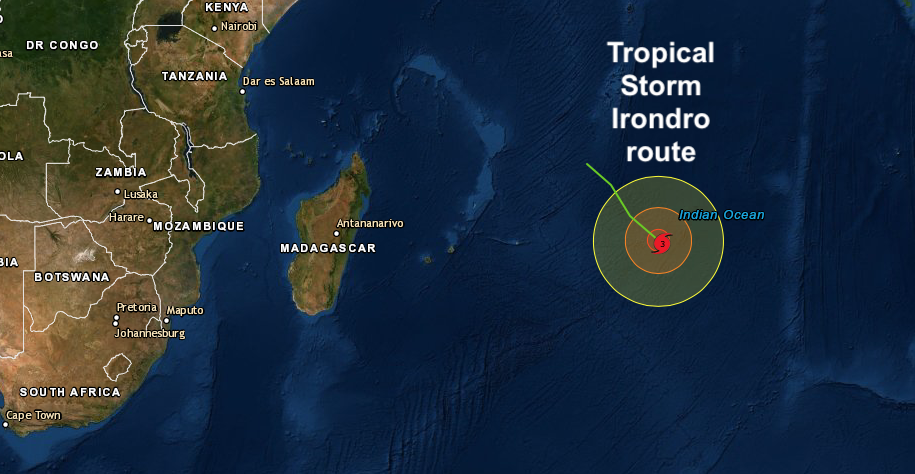 Map RSOE. Tropical Storm Irondro
Meanwhile, another tropical cyclone, Harold, was located approximately 577 miles northwest of Port Vila, Vanuatu, and was tracking east-southeastward at 17 mph. The storm’s maximum sustained wind speed was about 45 mph with gusts up to 60 mph and it was moving away from the Solomon Islands. Harold is expected to intensify quickly, with sustained winds peaking at about 90 mph Saturday as it continues on its path. 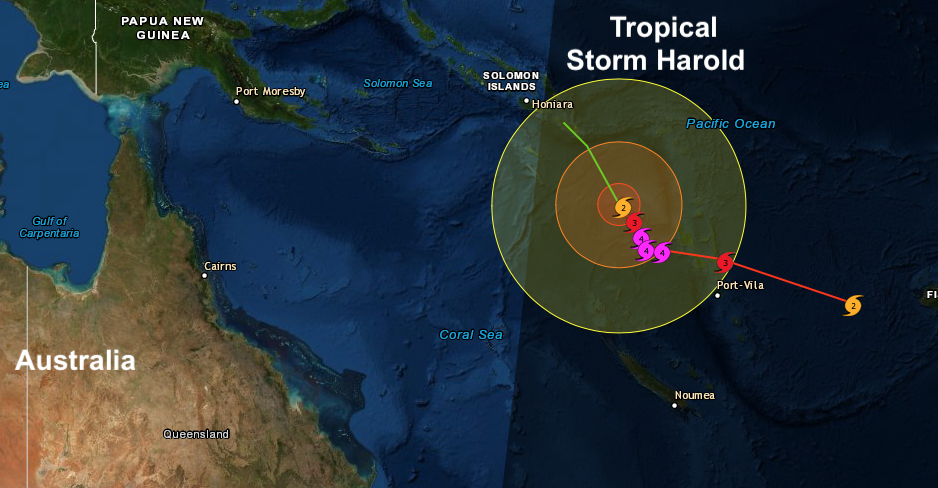 Map RSOE. Tropical Storm Harold
The Solomon Islands Government’s Meteorological Services Division warned residents in storm-prone regions near rivers and coasts to evacuate to higher ground. Additionally, falling trees, branches, and debris resulting from the storm have caused widespread damage and power outages. Australia has donated more than $US 60,000 in emergency funds to the Solomon Islands to assist with its response to the damage.