Storm Dennis: The next massive low-pressure monster: Storm Dennis hurtling toward the UK and Ireland: A National Severe Weather Warning for wind has been issued for much of England and Wales 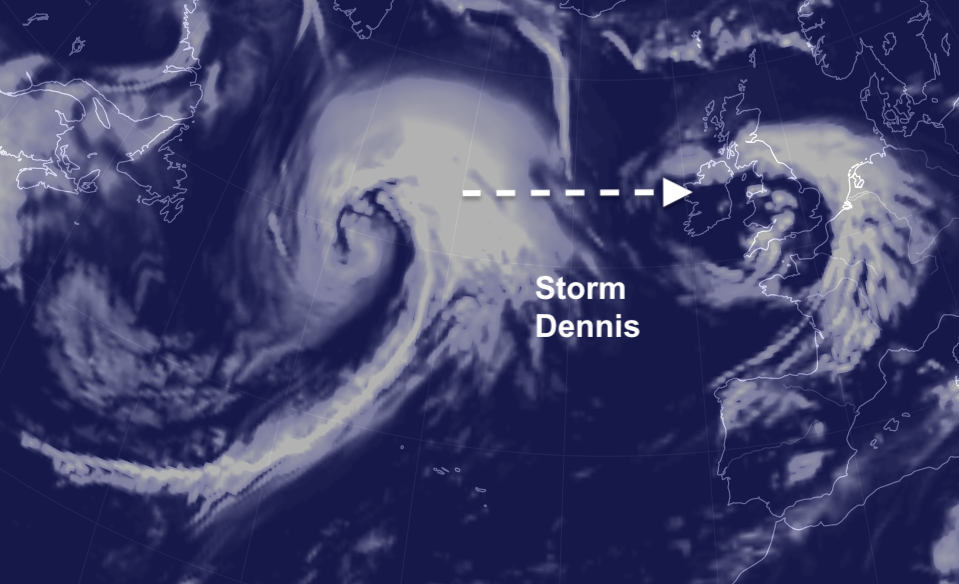 The next massive low-pressure system, Storm Dennis hurtling toward the UK and Ireland

Named by the Met Office, the impacts from this low-pressure system will bring widespread strong winds and heavy rain to to an already drenched UK. The system has developed in the North Atlantic and is tracking eastwards towards the UK and Ireland over the coming days, passing to the north of Scotland on Saturday.

A National Severe Weather Warning for wind has been issued for much of England and Wales, further warnings are likely to be issued in the coming days. Steve Ramsdale, Chief Meteorologist at the Met Office said: “Another spell of very wet and windy ​weather is expected for Saturday, although Storm Dennis is currently not expected to be as severe as Ciara disruption is still likely. Our confidence in the forecast means we have been able to issue severe weather warnings well in advance, giving people time to prepare for potential impacts of the storm. “With further warnings possible over the next few days."
xx
Extreme Weather 2020