China Crisis: An Italian cruise ship with 7,000 people on board is being held off the coast after a Chinese woman fell ill with a suspected case of coronavirus 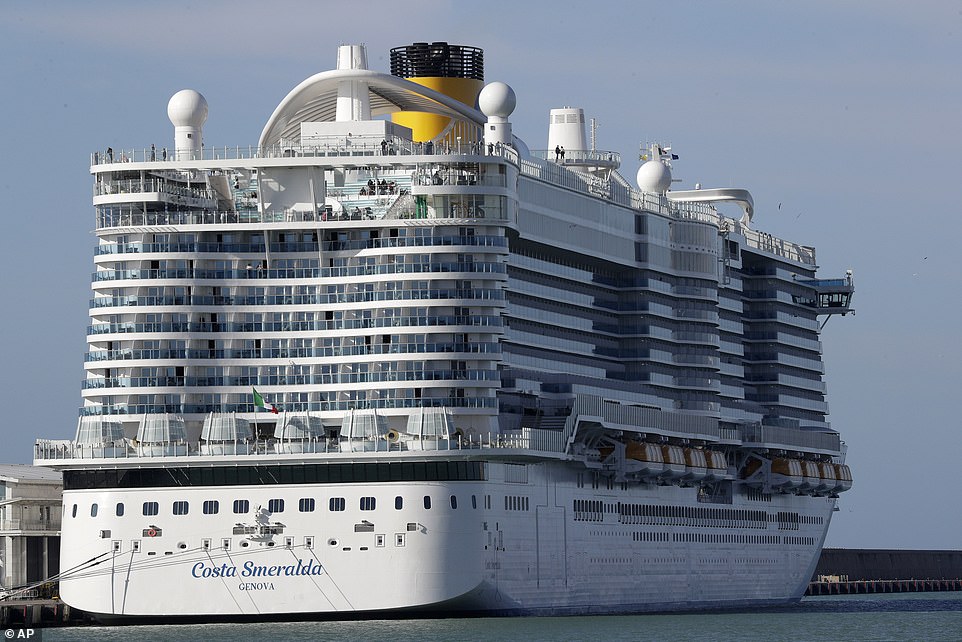 An Italian cruise ship with 7,000 people on board is being held off the coast after a Chinese woman fell ill with a suspected case of coronavirus. The Costa Smeralda vessel is currently being held in port at Civitavecchia, 35 miles north of Rome after a 54-year-old woman from Macau came down with a fever. She and her husband, who is not thought to have symptoms, were immediately placed in solitary confinement and have been tested for the virus. Daily Mail

They are in the hospital on board a ship of the Costa Cruises, tests are expected.

Russia closes the borders with China Couple in solitary confinement on the cruise ship: stuck in 7 thousand Two people are currently in solitary confinement in the hospital onboard the Costa Smeralda ship, currently stopped at the port of Civitavecchia. It is a couple from Macau. The 54-year-old woman showed up at the hospital on board last night with a fever and mild flu symptoms. Immediately both she and her partner (who for now has no symptoms) were put in solitary confinement. Doctors from the National Institute for Infectious Diseases "Spallanzani" of Rome arrived on the Costa Crociere ship. Health workers tested the couple to find out if it was normal flu or coronavirus that caused the woman to get a fever.

The results will be available in the afternoon. The other passengers on board the ship, around 6 thousand, cannot currently disembark. A couple of Macau citizens had boarded from Savona a few days ago and had arrived from Hong Kong to Malpensa on January 25th. On the Costa Smeralda, there are a total of 751 Chinese citizens including those of Hong Kong, of which 374 embarked in Savona.

Suspected cases of coronavirus are multiplying, also in Italy: the last three in order of time have been reported: in Rome; aboard a cruise ship now stopped off Civitavecchia and Alessandria. For all the people involved, the health protocols have already been taken - as has already happened for the previous suspect patients in Bari and Naples - in order to avoid contagions and quickly ascertain the causes of the disease. corriere.it

These cruise ships are floating germ carriers! No surprise to read this has occurred because everyone I know that goes on a cruise gets sick with some crazy ailment. One woman I know had to be hospitalized she was so sick from picking up a virus last year after a cruise ship vacation.
Planes are the same. Ships and planes and even hotel rooms and the like are not cleaned well. I clean professionally among other things related to my real estate license profession. So I see and hear of filth all the time and most others who do cleaning just wipe and straighten up, they don't clean they don't disinfect they don't care! I do and I am very busy working because clients see the difference in me.

Anyway, people you really should just stop traveling now. Planes are recycled germ air factories and so are ships.
They are also "worldly pleasures" ....let the reader understand! Best to all.