The Indian Ocean is putting on a show: Five (5) tropical systems have developed: The storms are forecast to erupt this week with torrential downpours, damaging winds 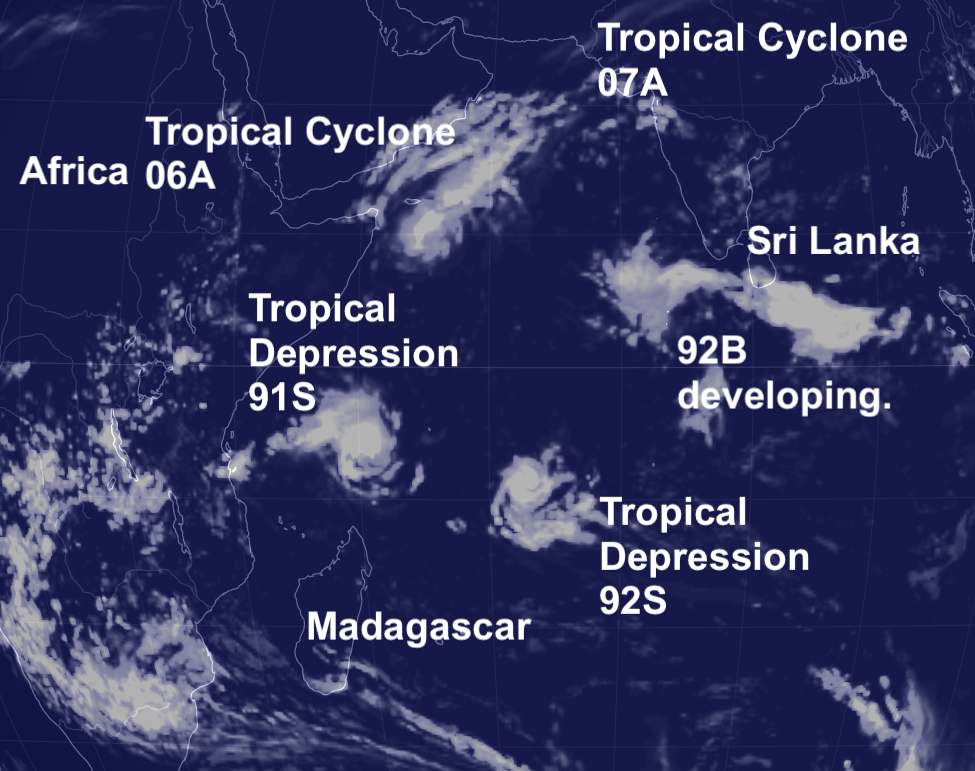 The storms are forecast to erupt this week across the Indian Ocean with torrential downpours, damaging winds and dangerous swells a possible result of the storms. NASA's Aqua satellite found some powerful storms in Tropical Storm 06A as it moved through the Arabian Sea toward Somalia. Tropical Storm 06A is expected to make landfall in east-central Somalia on Dec. 6. According to the Joint Typhoon Warning Center (JTWC), there is currently one tropical storm, two tropical cyclones and two tropical disturbances around the globe. There are also two tropical storm risks which are being monitored by authorities.


The storm is expected to bring torrential rain to an area of the world which is suffering unprecedented flooding, with hundreds dead and one million displaced from flooding earlier in the month. Another tropical system is forming south of the equator and is expected to impact northern Madagaskar.
In Somalia, over half a million people have now been affected by the ongoing floods. With homes destroyed and crops devastated, flood-hit communities are in desperate need of assistance, says the UN. Heavy rains in Somalia and the Ethiopian highlands caused the Shabelle and Juba Rivers to overflow. Flooding has now affected over half a million people in Somalia alone, of whom 370,000 are displaced from their homes, according to the United Nations Office for the Coordination of Humanitarian Affairs (OCHA). Flooding began around 21 October and has destroyed farmland and infrastructure and devastated livelihoods in some of the worst-hit areas. At least 17 people have died, roads and homes destroyed, and about 10,000 hectares of crops flooded. Full story
In the path of this storm is Kenya, recent rains in Kenya have affected more than 160,000 people since the onset of the rains in October, according to the Kenya Red Cross Society (KRCS). At least 120 people have reportedly died, including dozens who lost their lives after a landslide in West Pokot County on 23 November. KRCS said that nearly 18,000 who are displaced countrywide, including 10,000 in West Pokot County. According to the Kenyan government, 16,000 houses have been destroyed across the country. Full story

Earlier this week 350,000 people were huddled in evacuation centres after powerful Typhoon Kammuri left a trail of disaster after making landfall in the Philippines. The death toll from the monster Typhoon Kammuri that hit provinces south of the Philippine capital Manila rose to 10 with many missing, disaster agencies said on Wednesday. Winds gusting up to 200 kph (124 mph) damaged homes and structures and tore down trees and signage as it barreled through central islands south of the capital. Full Story 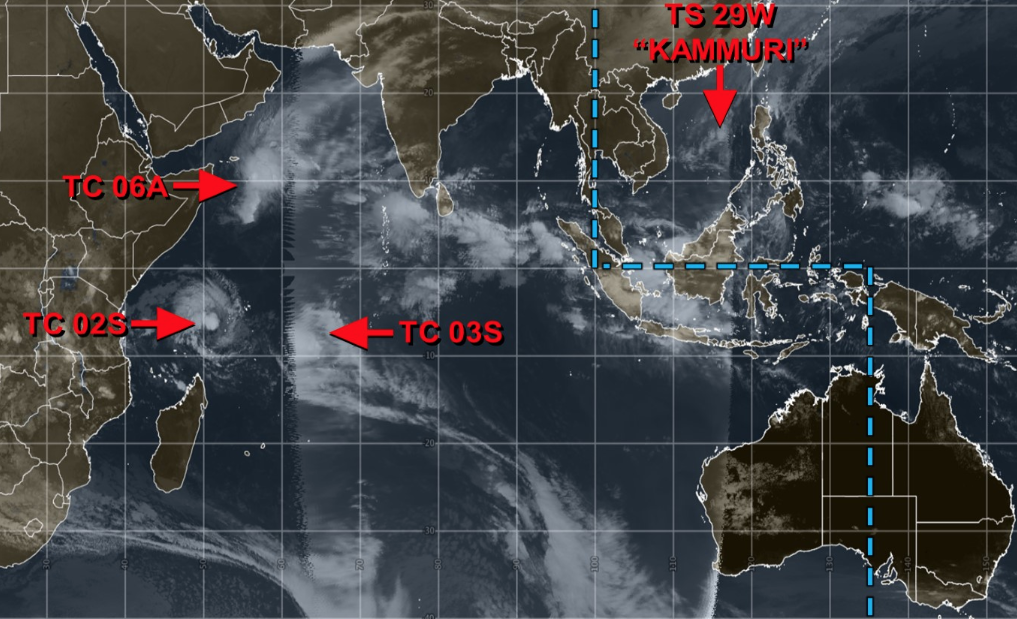