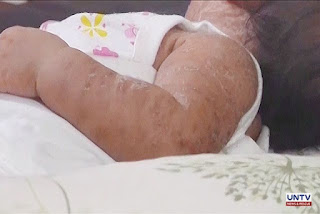 In 2010, the World Health Assembly (WHA) set the following three milestones for measles control to be achieved by 2015: 1) increase routine coverage with the first dose of measles-containing vaccine (MCV1) among children aged 1 year to ≥90% at the national level around the world.

In 2017, The New York Times Reported, "for the first time in history, annual deaths around the globe from measles have fallen below 100,000, the World Health Organization announced this year." The decline — a public health triumph, as measles has long been a leading killer of malnourished children — was accomplished by widespread donor-supported vaccination that began in the early 2000s. The estimated number of deaths fell to 89,780 in 2016.

However, yesterday, The World Health Organisation, (WHO) released a new shocking report: More than 140,000 people died from measles as cases surged worldwide in 2018. Infants and young children were most at risk of fatal complications, health agencies warn 5 December 2019 Joint News Release.

Worldwide more than 140,000 people died from measles in 2018, according to new estimates from the World Health Organization (WHO) and the United States Centers for Diseases Control and Prevention (CDC). These deaths occurred as measles cases surged globally, amidst devastating outbreaks in all regions. Most deaths were among children under 5 years of age. Babies and very young children are at greatest risk from measles infections, with potential complications including pneumonia and encephalitis (swelling of the brain), as well as a lifelong disability - permanent brain damage, blindness or hearing loss. WHO

More than 140,000 people died from measles last year as the number of cases around the world surged once again, official estimates suggest. Most of the lives cut short were children aged under five. The situation has been described by health experts as staggering, an outrage, a tragedy and easily preventable with vaccines. Huge progress has been made since the year 2000, but there is a concern that the incidence of measles is now edging up. In 2018, the UK - along with Albania, the Czech Republic and Greece, lost their measles elimination status. And 2019 could be even worse. The US is reporting its highest number of cases for 25 years, while there are large outbreaks in the Democratic Republic of Congo, Madagascar and Ukraine. The Pacific nation of Samoa has declared a state of emergency and unvaccinated families are hanging red flags outside their homes to help medical teams find them BBC

This year the number of reported cases by mid-November this year was 413,000 compared with 353,000 for the whole of last year. The news comes just a few days after the DR Congo government, which is fighting an Ebola outbreak, reported around 5,000 had died in a major measles outbreak. Measles has killed nearly 5,000 people in the Democratic Republic of Congo in 2019, authorities said, after the disease spread to all the provinces in the country. Close to a quarter of a million people have been infected this year alone. The World Health Organization (WHO) says this is the world's largest and fastest-moving epidemic. Measles in DR Congo has now killed more than twice the number who have died of Ebola there in the last 15 months. The Big Wobble