"They are forming like roaches out there," NHC Spokesman! Six Named Storms Line up at Once in Atlantic and Eastern Pacific Basins and Ties Modern Record 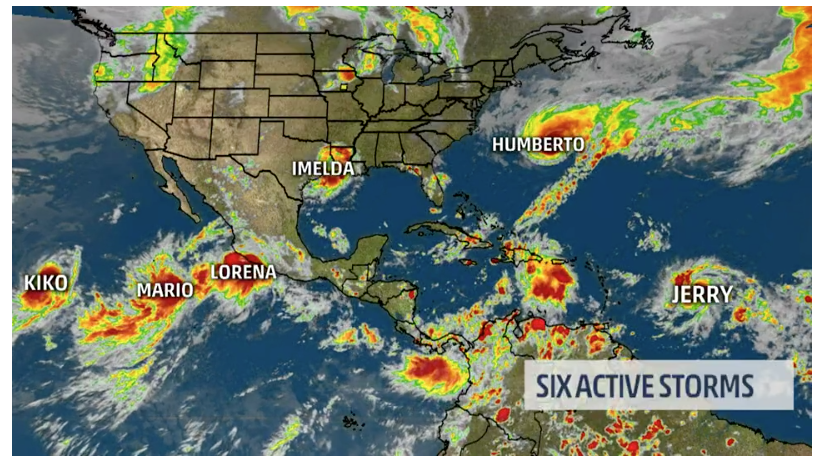 Six named tropical storms have lined up and are currently active in the Atlantic and Eastern Pacific basins, equaling the record of combined storms in the two areas at one time. With Humberto now heading northeast into the Atlantic and Kiko heading west toward Hawaii in the Pacific, four new tropical cyclones have formed.

Tropical Depression Imelda could dump the heaviest rainfall Houston has seen from one storm system since Harvey. Imelda is moving slowly northwestward through eastern Texas, with heavy rain extending primarily to the south and east of its circulation centre north of the Gulf Of Mexico.

After checking with colleagues, veteran National Hurricane Center forecaster Eric Blake tweeted that this combined number of active storms in both basins was believed to tie a modern record from September 1992. "They are forming like roaches out there," Blake tweeted Tuesday afternoon.