Just as a London bus! After just one major quake this month two arrive in one minute in the Pendok region of Indonesia Java Sea. 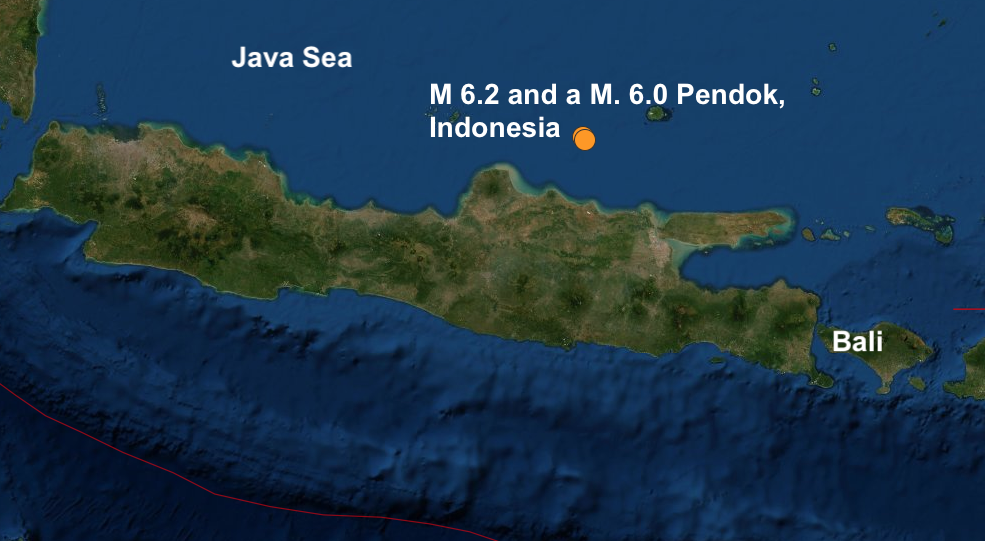 September 2019 has been the quietest month this year so far for major quakes, recording only an M 6.6 - 34km NNE of Ndoi Island, Fiji on the first day of the month, since then nothing, until this morning. Earlier this morning, two major quakes, a Mag 6.2 and a mag 6.0, struck the Pendok region of Indonesia in the Java Sea. The two quakes were very deep so a tsunami is not expected.