Here we go again! Heatwave alert plan for parts of Europe as another week of scorching temperatures is coming just a month after a similar heatwave in June. 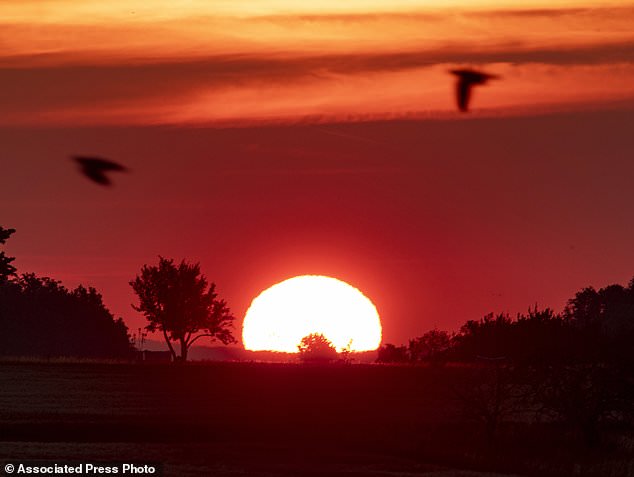 As a mighty heatwave is boiling more than half of the US at this moment, Europe is bracing itself for a new heatwave every bit as hot as last months record-breaker.

Paris authorities on Monday activated a heatwave alert plan for the capital as France prepared for another week of scorching temperatures just a month after a similar heatwave in June.
According to Reuters, the “level three” alert includes measures to ensure that elderly and vulnerable people are checked up on regularly and that rooms are set aside for shelter.
Meteo France forecast temperatures in Paris reaching as high as 37 degrees Celsius (98.6 Fahrenheit) on Tuesday.
Besides Paris, more than 20 other local regions, mainly in the south of the country, have also been placed on heatwave alert.
Agriculture Minister Didier Guillaume said earlier on Monday that France would ask the European Commission to bring forward payment of 1 billion euros ($1.12 billion) of subsidies to help farmers cope with the heatwave and crippeling drought.
In late June, France registered a record temperature of around 46 degrees Celsius (114.8 Fahrenheit) in the country’s south.

Parts of Holland are expected to see temperatures approaching 40 deg C, 104 deg F on Wednesday and Thursday with the chance of a new record for the country.

The Met Office has issued warnings for a dangerous heatwave in the UK Wednesday,  heat will continue to build in central and eastern parts with highs reaching 35°C.
Thursday is expected to see the peak in temperatures with 37°C possible in the south-east of England. The current July record is 36.7°C set at Heathrow in 2015.
The all-time UK temperature record is 38.5°C recorded in Faversham in August 2003.