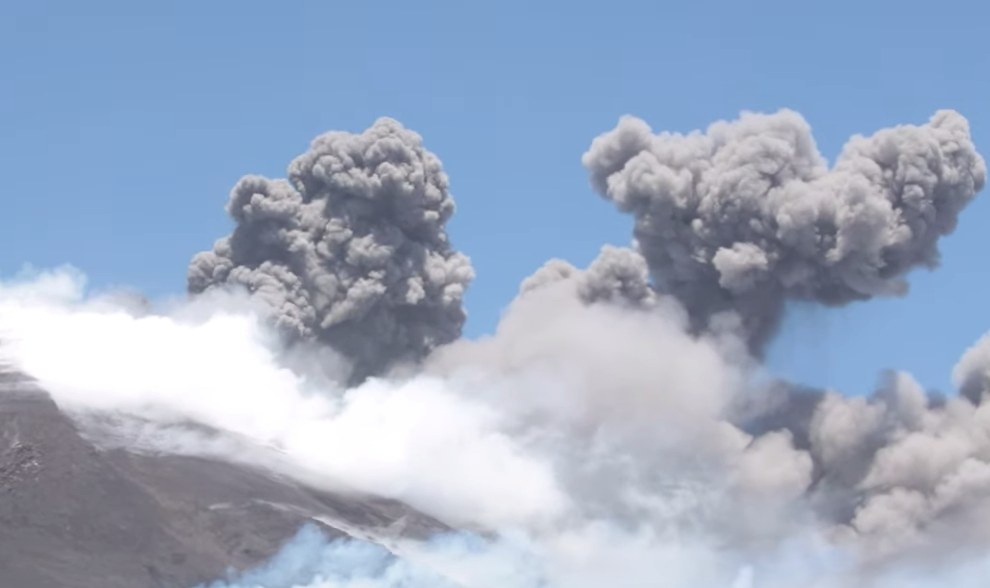 A new eruption started overnight: around 3 am local time, a small effusive fissure opened on the south-south-eastern base of the New SE crater and generated a small lava flow which is still active now.
Another lava flow originated from a vent on the SE side on the same cone, near the area where the eruption in Dec 2018 had started.
The seismic activity started to rise last evening, peaked around midnight, then decreased a bit, but has been more or less stable since.
According to Volcanodiscovery.com, the eruption which began in the early hours of 30 May 2019 from new fissure vents on both the NE and SE sides of the New Southeast Crater continues with little change.
Two lava flows, well fed, are moving into the Valle del Bove accompanied by loud strombolian activity at the vents.
Here's a video our local tour manager and coordinator Emanuela took yesterday morning:

Overnight, cameras captured a number of eruptions and red lava flow after a small fissure opened on one side of the crater.
Such bursts of action can occur several times a year on Europe's most active volcano.