A vision of the future? Electricity grid systems, natural gas and other systems shutting down due to extreme weather around the world 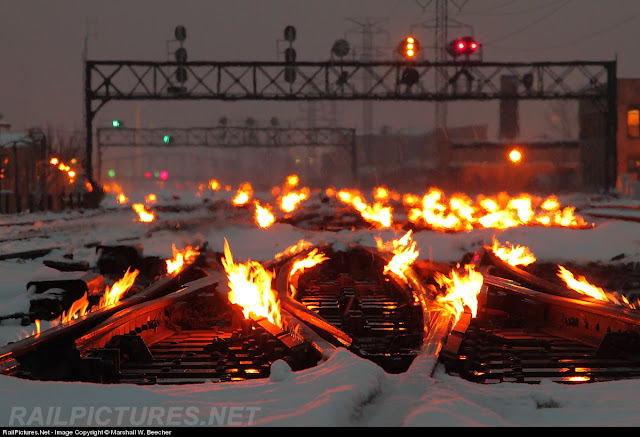 Electricity grid systems and natural gas and other systems have been shutting down around the world due to heat and cold waves.
Thousands of Minnesotans endured the coldest night in a generation without power.
Xcel Energy says equipment failures on power poles is leading to outages all over the metro Tuesday evening, which started at about 5:40 p.m.
At the peak of the outage, about 8,000 residents were affected in the Twin Cities metro area.
Xcel Energy is advising residents in parts of central Minnesota north of the metro to turn down their thermostats and reduce their natural gas use.
According to the energy provider, the extreme weather conditions have resulted in a “significant” strain on Xcel Energy’s natural gas system.
The Minnesota Department of Transportation pulled snowplows off the roads in 11 southeastern counties because of the extreme cold.
The U.S. mail did not deliver Wednesday in large swaths of at least 10 states due to the crippling cold of the polar vortex. 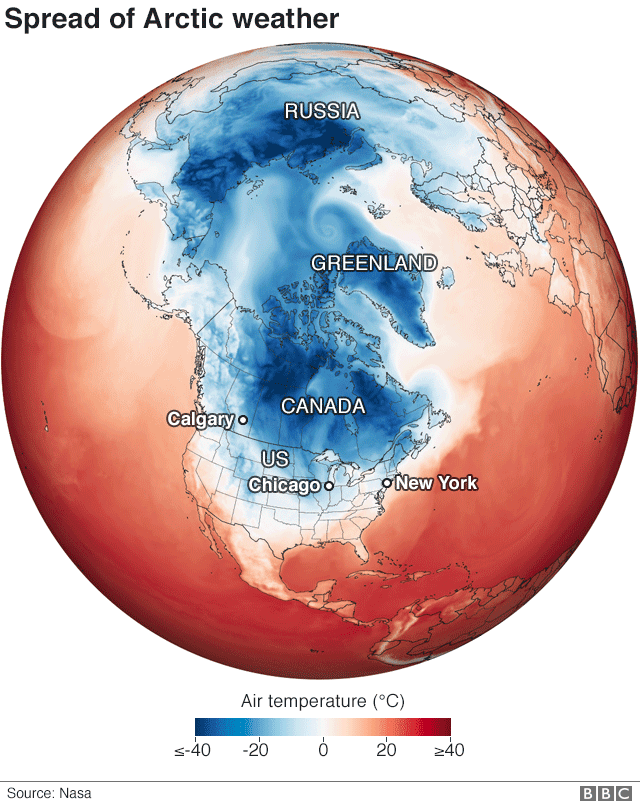 Credit NASA
As historically-low temperatures sweep through much of the US, Chicago train tracks are literally being set on fire to keep the trains operating.
Thousands of Anchorage residents are reported without power early Tuesday morning, according to providers.
Chugach Electric Association, on its online outage reporting map, initially showed more than 6,500 homes without power inside its service area.
Of that figure, Dowling and Spenard made up the bulk of those reporting power loss.

Meanwhile, in Australia, some 45,000 homes across Sydney's eastern suburbs have been hit by power outages amid a heatwave in the coastal city in southeastern Australia, with media reports of residents being trapped in lifts and one hospital losing electricity.
Distribution company Ausgrid said on Thursday that emergency crews were investigating the cause of the widespread outage, which is uncommon in Sydney's upmarket beachside neighbourhoods. Power was lost to homes and businesses in suburbs from beachfront Bondi to the well-heeled areas of Double Bay and Woollahra.
Authorities warned drivers to take care as dozens of traffic lights had been blacked out.
Australia's Bureau of Meteorology on Thursday warned hot dry weather could persist to the end of April, with a 70 per cent chance the majority of the country will experience above average temperatures.
A record-breaking heatwave across southeastern Australia earlier this month triggered outages in some areas and sent power prices soaring, while bushfires have destroyed homes in the southern island state of Tasmania. Last week, Adelaide, in the country's south-central coast, hit a sweltering 46.6 degrees Celsius, creating a new temperature record and becoming Australia's hottest city in the process.