Warmer or cooler? US: Record December Snowfall in the Mid-Atlantic: November 2018 was cooler, wetter for U.S. as deadly wildfires torched California 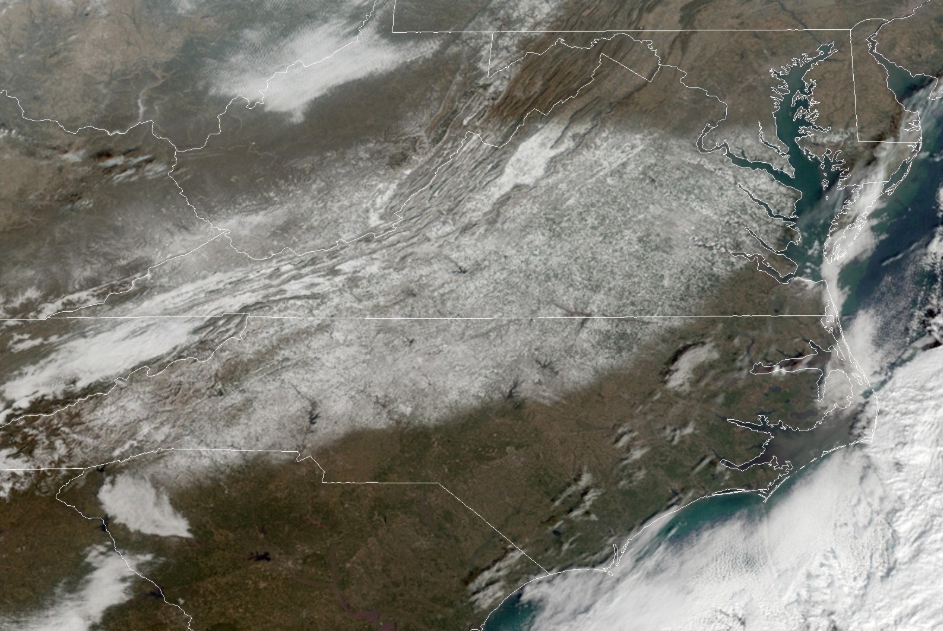 Photo Credit NOAA
November served up a meteorological mixed bag for the contiguous United States: Massive, deadly wildfires devastated entire communities in California and an early season blizzard hit the Midwest, while cool temperatures prevailed east of the Rockies and record rains fell in the East.
It's not often that the Mid-Atlantic and the southern Appalachians get buried under a foot of snow in early December.
But that's what happened last weekend (Dec. 8-9), when a moisture-packed winter storm walloped the region with record-setting snowfall.
Now that the storm has moved offshore and skies have finally cleared, we can see the snowy aftermath from space.
This image from the NOAA GOES-East satellite shows snow cover in the Mid-Atlantic at 9:45 a.m. EST on Dec. 11, 2018.
Unlike many winter storms that hit the Northeast, this one brought heavy snow to areas that don't normally see much wintry precipitation in December.
Many locations in southern Virginia and western North Carolina picked up more snow from this storm than they typically get in an entire winter.
The National Weather Service reported 15.0 inches fell in Roanoke, Virginia on Dec. 9, enough to become the city's snowiest December calendar day on record.
Other notable totals included 11.5" in Richmond, Va., 12.8" in Greensboro, N.C. and 11.1" in Asheville, N.C. Many higher elevations in the Appalachians saw snow totals of 1.5 to 2 feet.
While the storm left much of Virginia blanketed in white, the state's northern counties and areas near Washington, D.C. saw little to no accumulation.
We can see this cutoff in the northern edge of snow accumulation as a horizontal line running across northern Virginia and southern Maryland.
The white areas in other parts of the image (for example, in northern West Virginia and Georgia) are not snow cover, but low and mid-level clouds.
The United States November 2018
The average November temperature across the contiguous U.S. was 40.1 degrees F (1.6 degrees below average), ranking it among the coolest third of the 124-year record for November.
States from the Great Plains to the East Coast had below average temperatures, while the West Coast and Florida, experienced above-average temperatures, according to scientists with NOAA’s National Centers for Environmental Information.
The average precipitation for November was 2.64 inches (0.41 above average), ranking it among the wettest third on record.
Parts of the Mid-Atlantic and Northeast had record precipitation, while parts of the Northwest, Southwest and Southern Plains were drier than average.

Other notable highlights
Raging wildfires in California caused catastrophic destruction and loss of life:
The massive Camp Fire burned more than 153,000 acres in Northern California, claiming the lives of at least 88 people (as of this publication date) and destroying more than 18,000 structures. 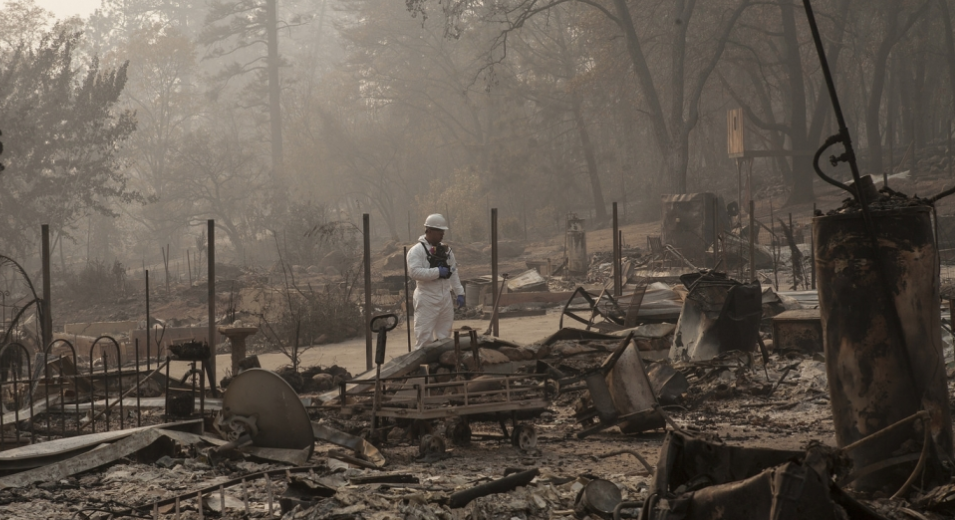 Credit NOAA
The Woolsey Fire killed at least three people and burned down more than 1,500 structures.
Record rainfall for 7 states: It was the wettest autumn on record for Maryland, New Jersey, North Carolina, Rhode Island, Texas, Virginia and West Virginia.
States saw a record-breaking year to date: Eight states had record high year-to-date precipitation totals, while 13 states across the East and West had a top-10 warmest YTD.