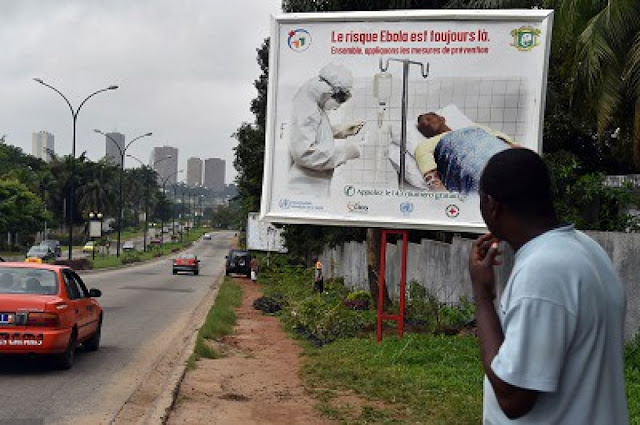 Global health experts are urging the Trump administration to allow U.S. government disease specialists to return to northeastern Congo to help fight the second-largest Ebola outbreak in history. The U.S. experts have been sidelined for weeks, ordered away from the region due to State Department security concerns.
Health workers have compared the area to a war zone.
Dozens of rebel groups are active and attacks by them have forced workers to halt Ebola containment for days at a time.
New statements in two top medical journals this week are calling on the U.S. to change its mind and send its experts back where they are sorely needed.
It's not clear how many people from the Centers for Disease Control and Prevention are tackling the outbreak from Congo's capital, nearly 1,000 miles away.

The deadly Ebola outbreak which has ravaged the eastern Democratic Republic of Congo (DRC) for nearly four months has claimed another 19 lives in just five days, the health ministry has said.
The outbreak, which began on 1 August, has now killed 241 people, the ministry said in a statement late Tuesday.
"There have been 241 deaths," the ministry said in an update correct to 26 November, indicating there had been a total of 421 cases, 374 of them confirmed, and another 47 probable.
Another 74 suspected cases are under investigation.
The outbreak is the tenth in DRC since Ebola was first detected there in 1976.
The crisis is centred around the restive eastern city of Beni in North Kivu, a region which has been blighted by the armed conflict which has hampered efforts to curb the outbreak.
Ebola is a serious infectious disease that can spread rapidly through small amounts of bodily fluid, causing internal bleeding and potentially death.
The DRC is in the throes of a major campaign ahead of a 23 December election to choose a successor to President Joseph Kabila, who has ruled the vast central African country since 2001.
Since winning independence from Belgium in 1960, this poverty-stricken nation has never known a peaceful transition of power.