A massive 7.9 quake reduced by USGS to a mag 7.0 rocks Southern Alaska along with almost 200 aftershocks The Big Wobble's Bill Laughing Bear is safe 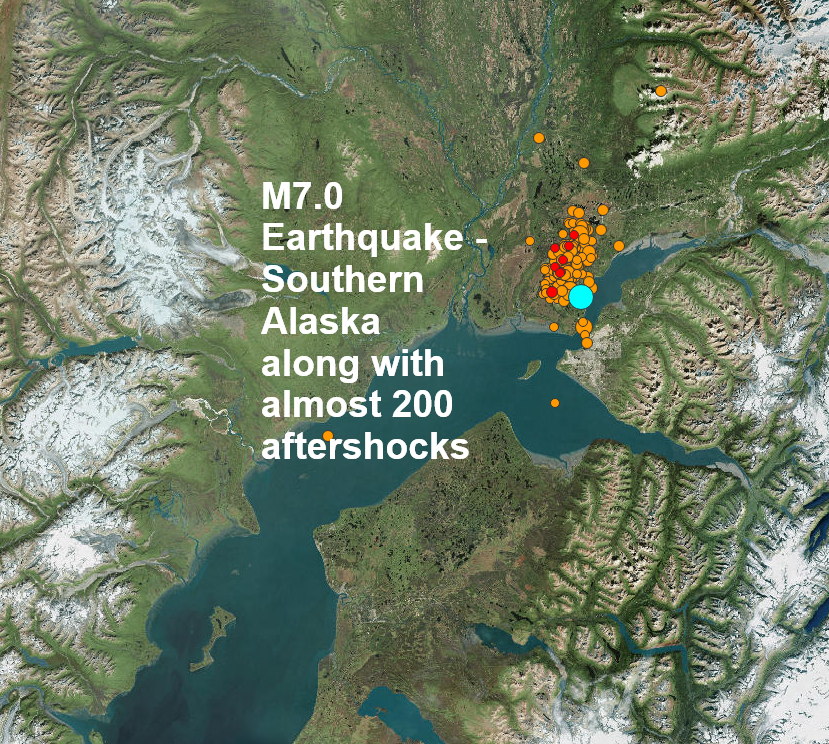 A powerful earthquake jolted southern Alaska on Friday morning, buckling roads, disrupting rush-hour traffic and jamming telephone service in and around Anchorage, the state’s largest city, but there were no reports of serious injuries.
Shocking aerial images of shown the devastating impact the earthquakes in Alaska had on the roads and landscape.
The tremors that struck the state on early Friday morning decimated stretches of road and made them impassible.
A barrage of nearly 200 aftershocks has rocked the area after the original magnitude 7 quake.


Late last night I received an email from Bill Laughing Bear's lovely mother Tina, regular readers of The Big Wobble will know Bill is in constant contact with us bringing news from Alaska, namely radiation in Alaskan fish, Bill is fine.

Bill called and told me about the 7.9 quake that hit the Anchorage area. It was felt all the way down to where he lives on the Kenai Peninsula. He has been visiting and is right now about 1-1/2 hours on the east side of Anchorage but the quake and the aftershocks are still coming in. Anchorage is out of power and one bridge has collapsed. He planned on going home today after taking care of business in that area. All depends on several factors - road conditions, availability of gas for his truck and of course, whether or not the collapsed bridge is on his route home. He doesn't think it is. The Tsunami warnings have been cancelled. Freezing rain is scheduled to hit the area and he wants to get home before then. He's a good 5-6 hour drive or so away from home. He called a friend to go check on his home. His cabin is built on pillars and sways in quakes to keep it from collapsing under such conditions (many of the homes in his area are built that way). He wanted you to know he is safe and sound, just needs prayers for a safe trip home. Thanks, T 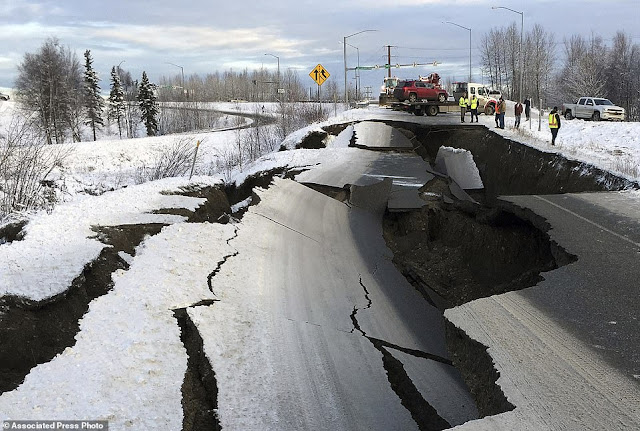 Photo AP
Last night's quake was the 13th and last major quake of November and the 119th of 2018.
Good luck Bill.