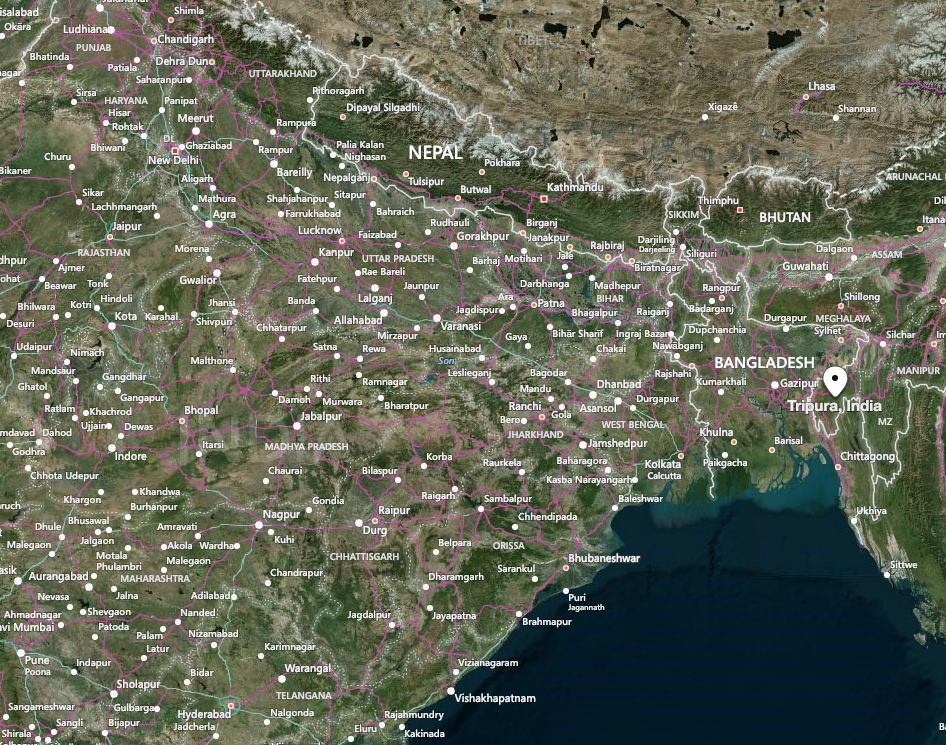 A volcanic lava type inflammable liquid triggering panic in parts of India as earthquakes cause spontaneous combustion
A volcanic lava type inflammable liquid has been reportedly profiting out of the ground in Tripura's Jalifa village and has triggered panic among the local residents of the area.
It has gradually become a matter of concern for the Tripura state government, in North East India, which is highly vulnerable to earthquakes as it lies in seismic zone V.
This is the third such incident reported this year the state which is very close to Chittagong in Bangladesh.
Earlier in mid-April, at two spots, namely Baishnavpur and Ghagrabasti of Sunroom, lava-like liquid erupted along with fire and gas.
In the recent incident that happened only a few days back, the local villagers of Jalifa were scared to find lava erupting from the lower portion of the electric pole on the roadside and reported the matter to the fire extinguishing team and local police.
A team of firefighters rushed to the spot and tried to spray water and foam, but failed to stop the ongoing eruption that had already burned the spot.
Meanwhile, scientists from the Department of Science, Technology and Environment of the Government of Tripura also visited the spot.
After examining the spot and analysing the samples collected from the spot they concluded that the fire, smoke and other materials running out of the ground is due to a fault line that passes through that area beside the displacement of the underground tectonic plates in that region and which is creating huge subsurface heat causing the incident.
However, Avisek Chaudhuri, from the Tripura Space Application Centre, who is the leading scientist team viewed that there is very little chance of eruption of lava or an active volcano.
But the Science, Technology and Environment Minister of Tripura Sudip Roy Barman has expressed concern as the state has a history of recorded massive earthquakes earlier.
Barman said that the government is taking the matter seriously.