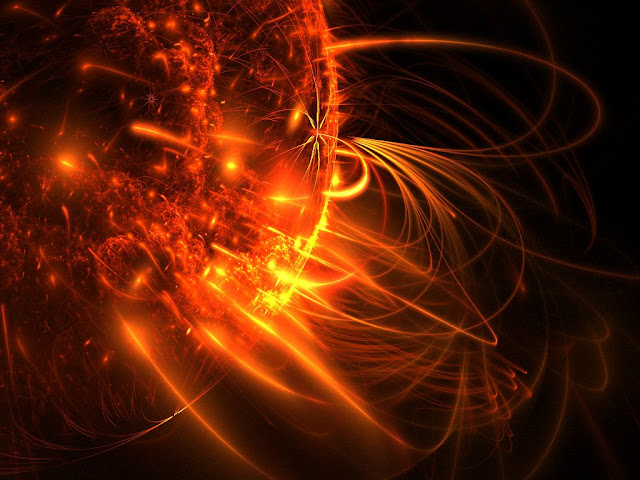 Something is amiss in the state of New Mexico, and the chain of mysterious events has all the hallmarks of a sci-fi plot.
The state's Sunspot Solar Observatory, home to one of the largest active solar telescopes in the world, was shut down last Friday and all personnel evacuated.
The FBI was on the scene almost immediately.
Employees and the public have been indefinitely banned from the premises, and the observatory's website now reads: "TEMPORARILY CLOSED".
Federal officials aren't saying why it was closed, and the silence has led to international media coverage and plenty of speculation.
But authorities remaining tight-lipped.
It just so happens the Sunspot Solar Observatory's mysterious closedown coincides with the anniversary of a billion-ton "MEGA" coronal mass ejection (CME) slamming into Earth's magnetic field 159 years earlier.
The blast was so big telegraph poles, (the Victorian Internet) burst into flames and gave operators electric-shots.
According to Spaceweather.com, campers in the Rocky Mountains woke up in the middle of the night, thinking that the glow they saw was sunrise.
It was the Northern Lights.
People in Cuba read their morning paper by the red illumination of aurora borealis.
Earth was peppered by particles so energetic, they altered the chemistry of polar ice.
Hard to believe? It really happened--exactly 159 years ago.
As the day unfolded, the gathering storm electrified telegraph lines, shocking technicians and setting their telegraph papers on fire.
The "Victorian Internet" was knocked offline.
Magnetometers around the world recorded strong disturbances in the planetary magnetic field for more than a week.
The cause of all this was an extraordinary solar flare witnessed the day before by British astronomer Richard Carrington.
His sighting on Sept. 1, 1859, marked the discovery of solar flares and foreshadowed a new field of study: space weather.
According to a NASA-funded study by the National Academy of Sciences, if a similar storm occurred today, it could cause a trillion dollars in damage to society's high-tech infrastructure and require years for complete recovery.
In fact, a similar flare did occur only 6 years ago.
On July 23, 2012, a CME of rare power rocketed away from the sun.
The storm was in many respects as strong as the 1859 Carrington event. Fortunately, it missed.
The July 2012 event serves as a reminder that extreme space weather is not a thing of the past.


On July 23, 2012, a massive cloud of solar material erupted off the sun's right side, zooming out into space. It soon passed one of NASA's Solar Terrestrial Relations Observatory, or STEREO, spacecraft, which clocked the CME as travelling between 1,800 and 2,200 miles per second as it left the sun. This was the fastest CME ever observed by STEREO. Two other observatories – NASA's Solar Dynamics Observatory and the joint European Space Agency/NASA Solar and Heliospheric Observatory -- witnessed the eruption as well.
The July 2012 CME didn't move toward Earth, but watching an unusually strong CME like this gives scientists an opportunity to observe how these events originate and travel through space. STEREO's unique viewpoint from the sides of the sun combined with the other two observatories watching from closer to Earth helped scientists create models of the entire July 2012 event.
They learned that an earlier, smaller CME helped clear the path for the larger event, thus contributing to its unusual speed. Such data helps advance our understanding of what causes CMEs and improves modelling of similar CMEs that could be Earth-directed. This video is public domain and can be downloaded at http://svs.gsfc.nasa.gov/goto?11558 Like our videos? Subscribe to NASA's Goddard Shorts HD podcast: http://svs.gsfc.nasa.gov/vis/iTunes/f... Or find NASA Goddard Space Flight Center on Facebook: http://www.facebook.com/NASA.GSFC Or find us on Twitter: http://twitter.com/NASAGoddard