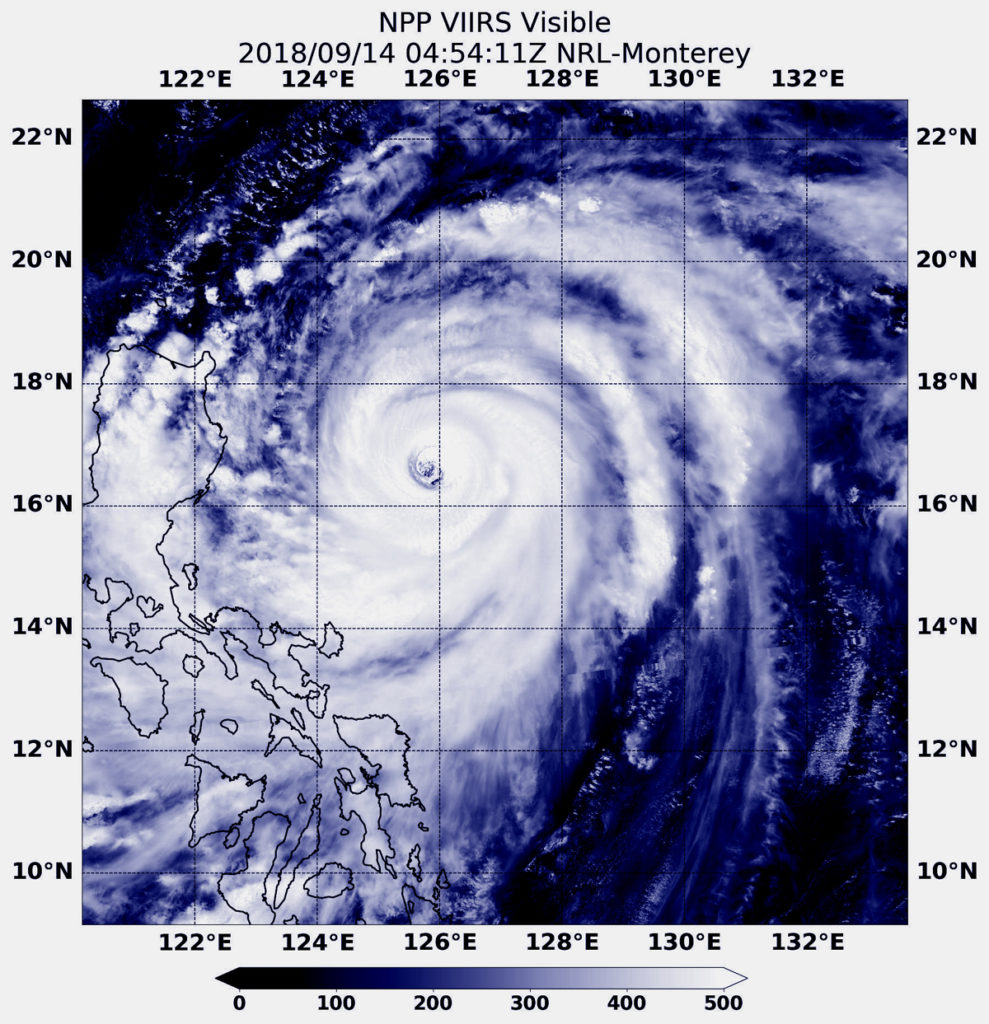 It's easily the biggest storm of the year...
Super Typhoon Mangkhut slammed into the northern Philippines on Saturday (Sept 15) with violent winds and torrential rains, as authorities warned millions in its path of potentially heavy destruction.
The massive storm, which forecasters have called the strongest typhoon this year, blew down trees, tore off roofs and knocked out power when it made landfall on the island of Luzon in the pre-dawn darkness.
As it barrelled west toward China across the disaster-prone archipelago, the storm's gusts strengthened up to 330 kilometres per hour but its sustained winds had weakened to 185kmh.
"As much as possible, stay indoors," Chris Perez, a forecaster for the state weather service, warned the roughly four million people in the path of the storm after it landed at 1.40am.
An average of 20 typhoons and storms lash the Philippines each year, killing hundreds of people. Thousands of people fled their homes in high-risk areas ahead of the storm's arrival because of major flooding and landslide risks.
Authorities hiked the storm alert on Friday to its second-highest level in northern Luzon provinces and mobilised rescue teams.
The elevated warning level carried risks of "very heavy" damage to communities hit by the typhoon and a storm surge that was forecast to hit six meters in some areas, the weather service said. Residents had started lashing down their roofs and gathering supplies days before the arrival of the storm.
"Among all the typhoons this year, this one ( Mangkhut) is the strongest," Japan Meteorological Agency forecaster Hiroshi Ishihara told AFP on Friday.
"This is a violent typhoon.
It has the strongest sustained wind (among the typhoons of this year)."
After blasting the Philippines, Mangkhut is predicted to hurtle towards China's heavily populated southern coast this weekend.
"They (authorities) said this typhoon is twice as strong as the last typhoon, that's why we are terrified," Myrna Parallag, 53, told AFP after fleeing her home in the northern Philippines.
"We learned our lesson last time. The water reached our roof," she said, referring to when her family rode out a typhoon at home in 2016.
The country's deadliest on record is Super Typhoon Haiyan, which left more than 7,350 people dead or missing across the central Philippines in November 2013.
Poor communities reliant on fishing are some of the most vulnerable to fierce typhoon winds and the storm surges that pound the coast.
"The rains will be strong and the winds are no joke... We may have a storm surge that could reach four storeys high," Michael Conag, a spokesman for local civil defence authorities, told AFP.
The storm is not forecast to directly hit Hong Kong, but forecasters say the city will be lashed by Mangkhut's wind and rain.
The Hong Kong Observatory warned that the massive typhoon will pose a "severe threat" to China's southern coast before moving on to northern Vietnam.