Our Sun awakes from slumber! Sunspot AR2706 twice as wide as Earth and a new northern coronal hole turn to face Earth 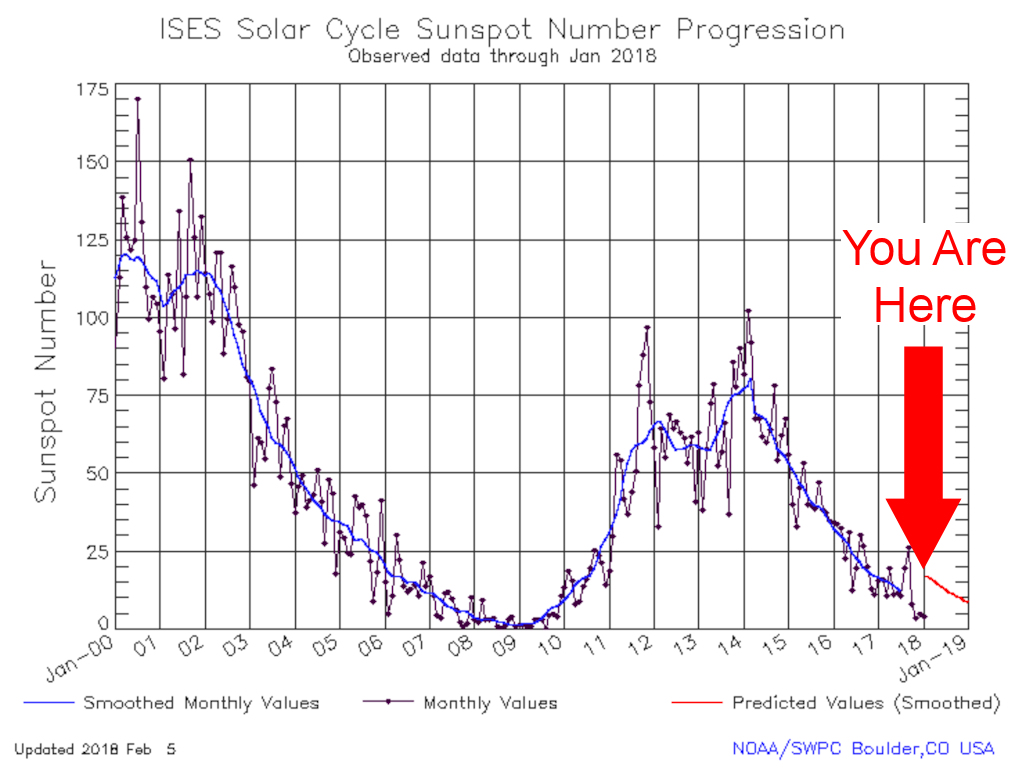 Credit NOAA  above a graph showing the 11-year cycle of sunspot activity on our sun as we enter the Solar minimum period.
Solar minimum is approaching and as a result, 2018 has been 60% sunspot free with 67 days without a sunspot on the sun.
2017 had a total of 104 days (28%), 2016 a total of 32 days (9%) and 2015 a total of 0 days (0%).
According to Spaceweather.com solar minimum is approaching and, as a result, sunspot numbers are crashing toward zero.
Nevertheless, there is a relatively large spot on the sun today. AR2706 has a primary core almost twice as wide as Earth, making it an easy target for backyard solar telescopes.
So far AR2706 has produced no flares--a lassitude typical of solar minimum sunspots.
We have to go back to September 2017 to the last time our sun released a significant solar flare when an X9.3-class solar flare which was the strongest solar flare since 2005 and equal 14th biggest flare ever recorded, two more X-class flares were ejected later in the week.
It was also the first time since 2014 when three X-class flares were recorded in a week. 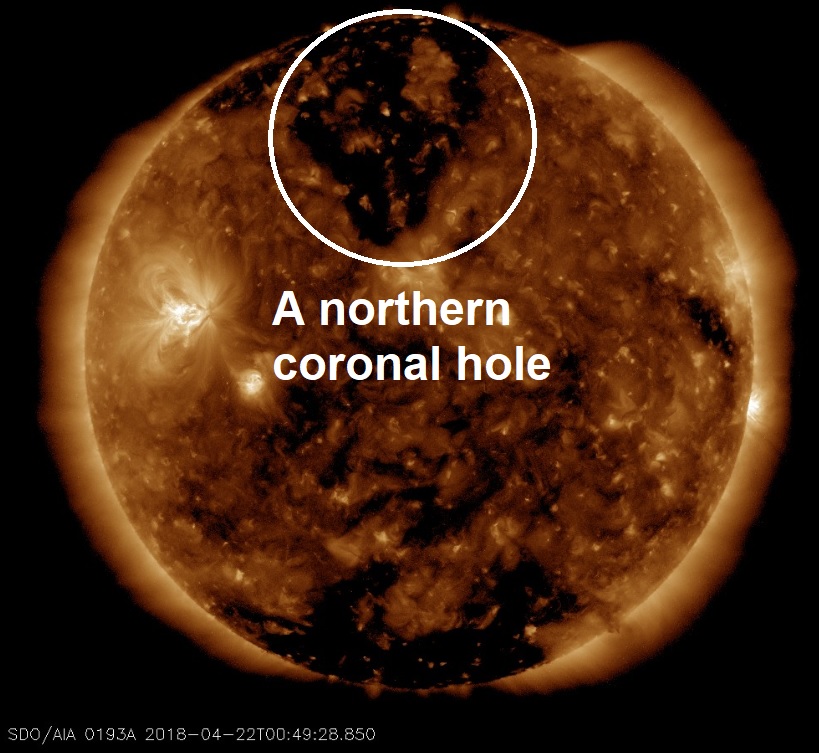