Israel is the latest country to suffer a deadly heatwave as temperatures hover around 40°C,104F. 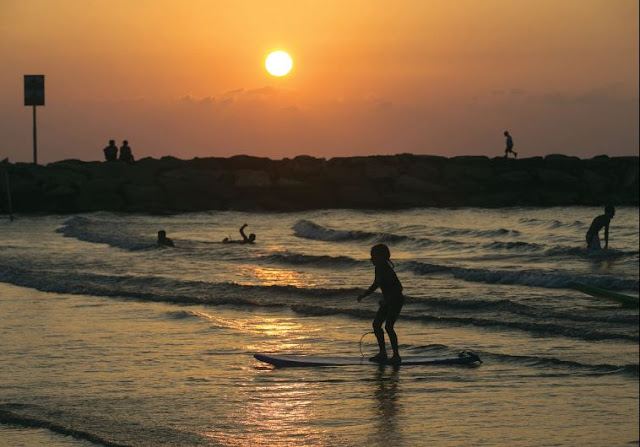 Photo jpost.com
As the sun glimmered over a cloudless sky onto the sweltering pavement of southern Tel Aviv Monday afternoon, Moshe Ben-David, 88, used one hand to hold a miniature blue fan next to his lined face, and the other to spray it with water from a former Ajax bottle.
"This is how we do it here," he said, as his two octogenarian friends, sitting on lounge chairs in front of an electronics shop off a well-traveled store-lined street, nodded their approval.
"It makes for a nice shvitz when it's this hot," he added knowingly.
The protracted heat wave is expected to grip much of the nation until Thursday, with breaking records for electricity demand on Sunday and Monday.
Over the weekend, United Hatzalah and Magen David Adom paramedics responded to over 100 emergency calls throughout the country due to dehydration, as temperatures continue to hover around 40°C, 104F.
Noting that a heat wave can cause a person to lose up to 10% of their body weight, United Hatzalah spokesman and EMT Raphael Poch on Monday advised people to first and foremost remain hydrated. "Avoiding dehydration at all costs is critical, so drinking large amounts of water, or Gatorade, which has electrolytes, is key to staying hydrated," said Poch, adding that "thirst quenching" drinks such as sugared colas and certain iced teas, can actually cause dehydration.
Moreover, Poch cautioned that simply being in an air-conditioned space is not enough to ward off dehydration.
"Even inside, you must continue to drink water," he said.
"However, people should not drink water from plastic bottles that have been exposed to the sun in a car because the plastic can melt, releasing toxins into the water," he added.
"So, if you have a bottle of water in a car, you want to put it in a cooler and not just leave it in the sun.