48 now dead with 10 more missing as severe floods hit China as almost 100,000 are forced to leave their homes 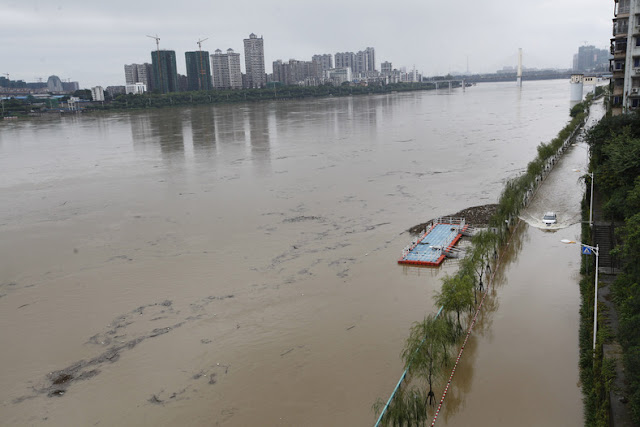 Photo telesurtv.net
Another 33 people, bringing the total to 48 are believed to have died after torrential rain lashed large parts of China, causing flooding and mudslides and rivers to overflow their banks.
The Ministry of Civil Affairs on Tuesday said that the Chinese government had distributed $103 million in emergency funds to help four provinces in the south and east deal with the flooding, reported Reuters.
The ministry said aid would be sent to Zhejiang, Jiangxi, Hunan and Guizhou and spent on helping those who have been displaced from their homes or lost family members in the deluge.
At least 16 people were killed and 10 were missing in China's Guangxi region on Sunday.
Around 600 homes had collapsed and another 6,500 were damaged in the floods.
More than 90,000 people have been forced to leave their homes in Guangxi since Saturday.
A mudslide had also killed five people in the nearby Hunan province on Saturday.
The ministry said the government had sent 3,300 tents, 30,000 quilts and 24,000 camp beds to help displaced people in the four provinces.