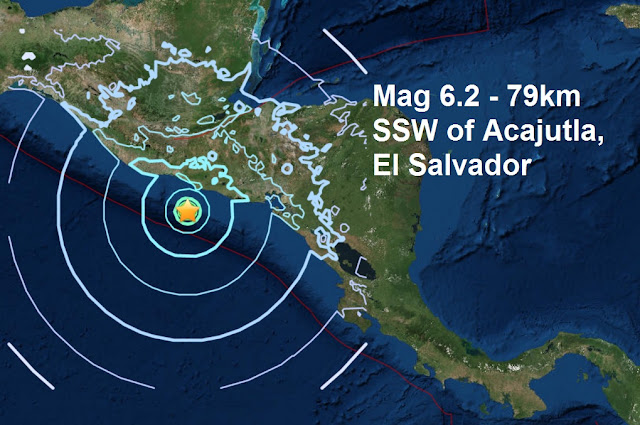 
A shallow magnitude 6.2 - 79km SSW of Acajutla, El Salvador is the 7th major quake of May and the 31st of a record breaking low count so far in 2017.
Interesting to note the quake occured almost exactly in the same area where tropical storm Adrian formed 24 hours earlier. 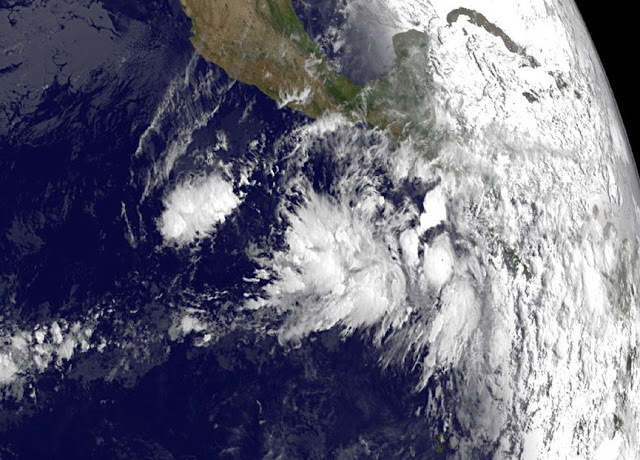 Which is exactly what happened on Tuesday the 9th of May, when the magnitude 6.8 hit Vanuatu just hours after the category 3 tropical cyclone Donna had hit the islands. 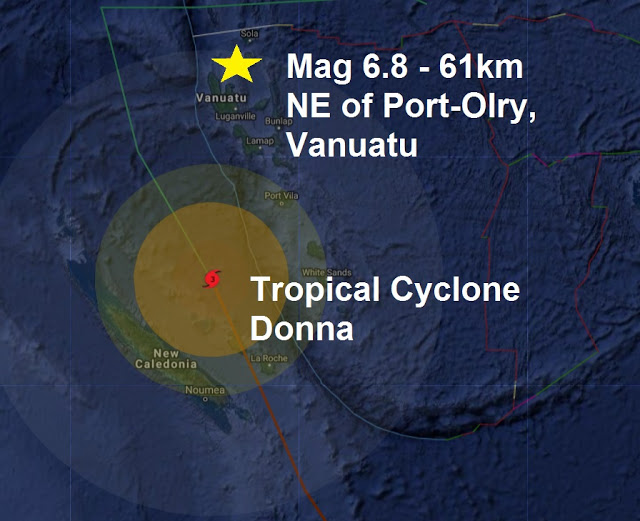 Another big Coronal hole has emerged on the Sun’s south eastern limb, and is now facing Earth 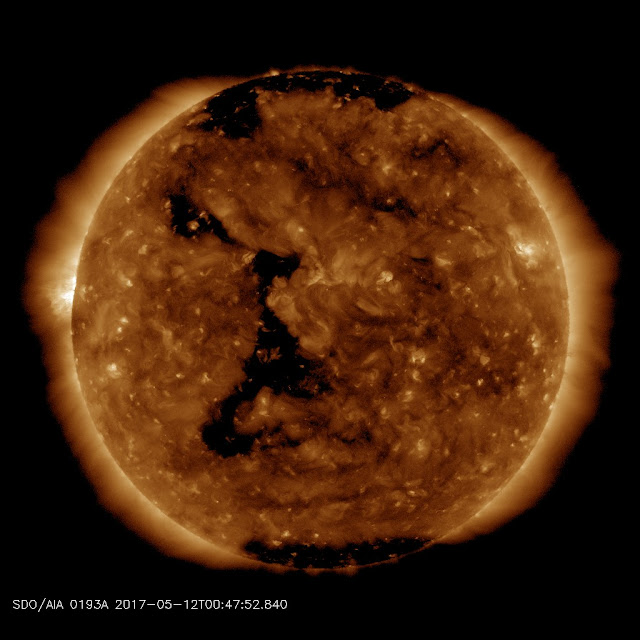 Solar wind flowing from this coronal hole should reach Earth on May 15-16. Credit: NASA/SDO.