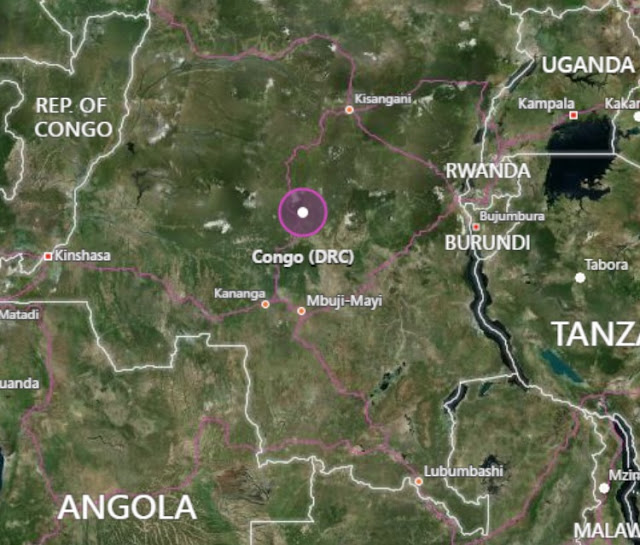 A fourth person is believed to have died of Ebola in an outbreak of the disease in the Democratic Republic of Congo, the World Health Organization said on Sunday.
The WHO first confirmed the discovery of the new outbreak on May 12, after a 39-year-old man who had died on his way to the hospital in a remote region of Bas-Uele province in late April was confirmed to have suffered from the deadly disease.
Since then, there have been 37 suspected cases, Eugene Kabambi, the WHO's spokesman in Congo, told Reuters on Sunday.
Four of those 37 cases have resulted in death and two have been confirmed as Ebola, another two cases, including the latest death, are considered probable, the spokesman added.
Because Ebola is highly contagious, authorities are now monitoring more than 400 people who came into contact with suspected patients.
Just last week, authorities were only tracking about 200 people.
The outbreak is wreaking havoc at the national level but its overall global risk is low, the WHO said in a conference call last week.
With few paved roads, the affected area in Bas-Uele is isolated and difficult to access.
The 870 miles journey there from the Congolese capital, Kinshasa, takes about three days.
"We cannot underestimate the logistic and practical challenges associated with this response in a very remote and insecure part of the country," Peter Salama, the WHO's executive director for health emergencies said during the call.
"As of now, we do not know the full extent of the outbreak, and as we deploy teams over the next few weeks, we will begin to understand... exactly what we're dealing with," Salama added.
So far, teams of aid workers have accessed the area by helicopters and small aircrafts and have set up a mobile testing laboratory, the Associated Press reported.
While its location has made it difficult for aid workers to reach the area, it has also slowed the spread of the disease over a larger area, Kabambi, the WHO spokesman, told HuffPost.
Congo has suffered through seven other Ebola outbreaks since the discovery of the disease in 1976. However, none were as deadly as the outbreak in West Africa between 2013 and 2016.
Frequent regional travel there helped spread the disease throughout Liberia, Guinea and Sierra Leone, ultimately killing more than 11,000 people.
The WHO is working with Congolese authorities to explore the possibility of deploying an experimental vaccine to Bas-Uele.
The vaccine was developed following the West Africa outbreak and was successfully tested in Guinea in 2015.