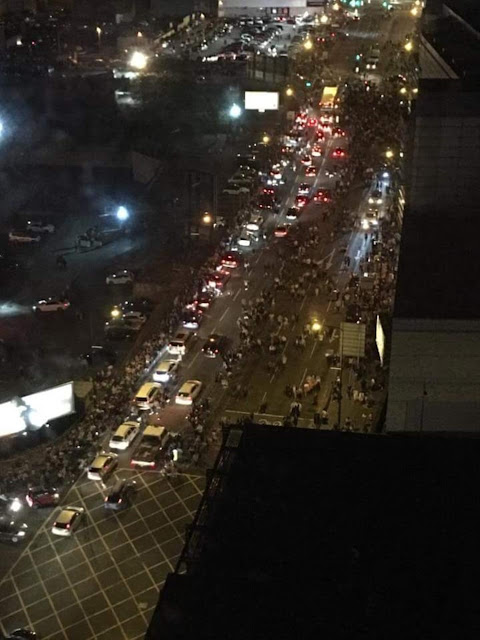 Thousands of young fans leaving Manchester Arena photo Daily Mail
Twenty two people have been killed and more than 60 injured in a suspected terror attack at Manchester Arena.
The blast happened at 22:35 BST on Monday following a pop concert by the US singer Ariana Grande.
Home Secretary Amber Rudd said it was "a barbaric attack, deliberately targeting some of the most vulnerable in our society".
Relatives are using social media to hunt for missing loved ones, including children, caught up in the incident, reports the BBC. 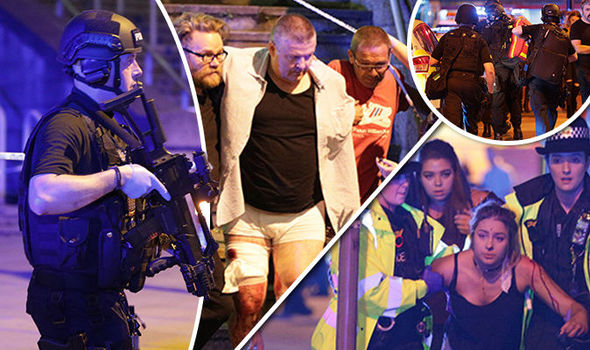 Photo the Telegraph
Witnesses told of nuts and bolts tearing into young gig-goers when the blast was detonated in the foyer area between the arena and the next-door Victoria station just after the Ariana Grande performance ended. 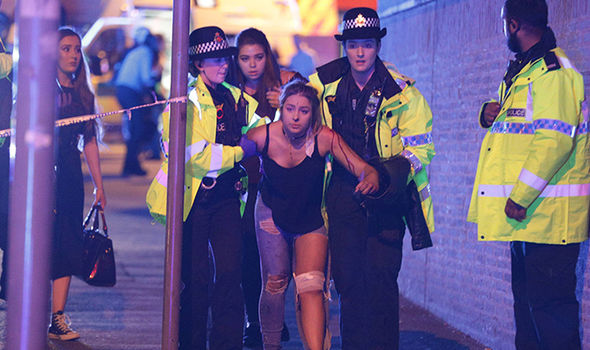 Photo LNP
One image captured bodies of the dead and injured lying in an area between the arena and the next-door Victoria station, which had been packed with people leaving the venue as the gig wound down. As the explosion tore through the lobby, terrified youngsters stampeded for the sold-out 21,000-seater stadium's exits in horrifying scenes caught on mobile phone cameras. 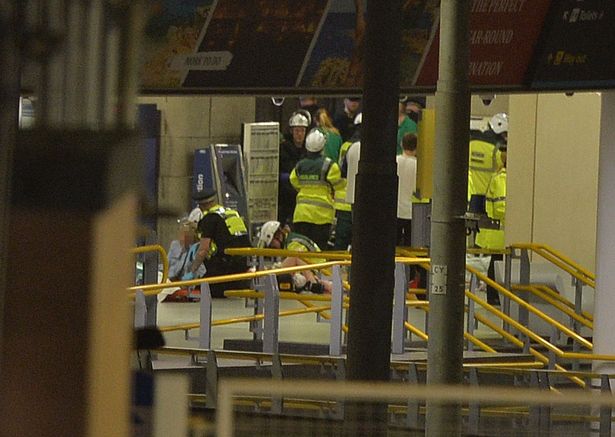 Photo Zenpix Ltd
Witnesses described the carnage as being 'like a war zone'. Armed police, the bomb squad and scores of emergency vehicles descended on the venue in the aftermath of the explosion, which took place at 10:35pm last night, reports The Daily Mail.
xx