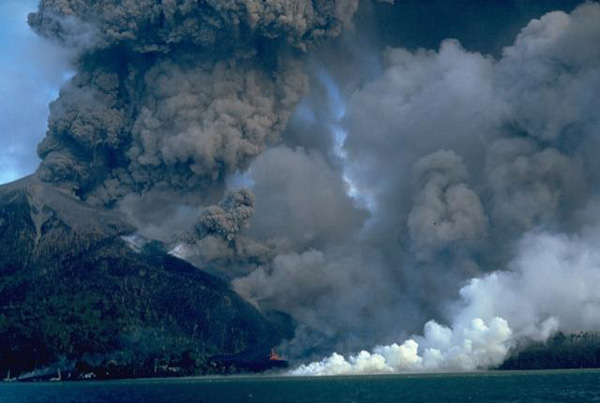 Banda Api Stock photo
Indonesian authorities are preparing to evacuate nearly 1,000 people living in dangerous zones as Banda Api volcano in Maluku province of eastern Indonesia has turned more active, officials said Thursday.
Mount Banda Api in Maluku Tengah district has several times issued tremors since days ago, forcing the authority to ban any activity in the radius of one kilometer from the crater, Devi Kamil, head of observation unit at the national volcanology agency said.
"We have issued a recommendation for evacuation.
There must not be any activity in the area of one kilometer from the crater," the volcanologist told Xinhua over phone.
"Should the frequency of the tremor keep rising, eruption may happen.
But, if it doesn't, poisoned gas will spread from the crater," Kamil added.
Bob Rachmat, head of operational unit at the disaster agency in the district said that the agency had already mapped the area, saying that many residents still live in the slope of the volcano.
"There are over 770 people living in the area of one kilometer from the crater.
All of them must be displaced as soon as possible," he told Xinhua by phone from the district.
Mount Banda Api erupted in 1998, killing 3 people with over one thousand others evacuated, according to the national volcanology agency.
The eruption trigger flows of hot lave to villages near the slope of the volcano. Indonesia, an archipelago country with 17,500 islands, is home to 129 active volcanoes.