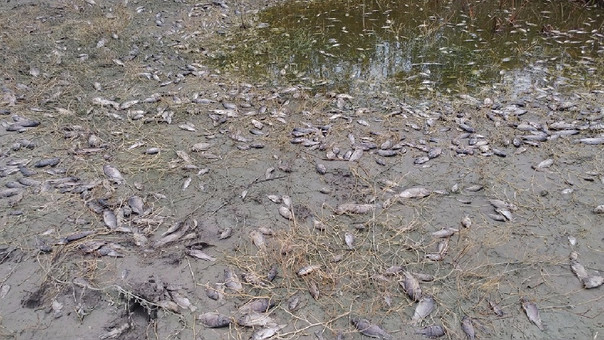 Source: RPP / Rosario Coronado
Thousands of fish were found dead the Cartagena reservoir, which is administered by the Commission of Irrigators of Capote in Chiclayo (region Lambayeque). It was a group of farmers of the area, who very surprised, alerted on the unfortunate fact to reporters of RPP News.
The loss of freshwater species, including catfish, tilapia, cachuelo, life, tripón and mojarra, were found at the site, which are stranded on the banks, in a state of decomposition, and others are floating. To this sad panorama is added that the waters look a dark color and also several aquatic plants are drying, worrying still more the inhabitants and men of the field of the zone, since the reservoir is considered like one of its most important natural heritages . 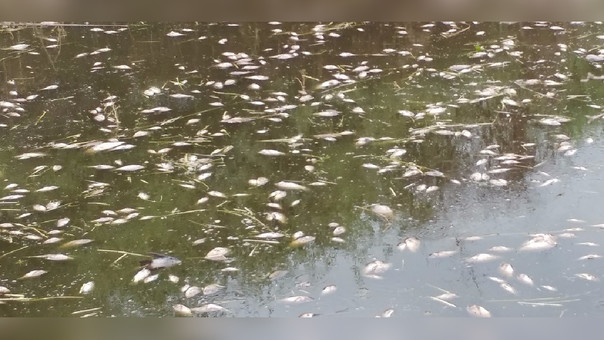 Source: RPP / Rosario Coronado
Peruvians have struggled to cope with avalanches, mudslides and extensive flash flooding caused by torrential downpours, and forecasters predicted still more rain ahead, prolonging the country's woes.
It has been a bad year for flooding in Peru, and the toll including from the latest dangerous weather now stands at 75 since January, the government said.
Devastating damage reports continue to pour in.
The National Emergency Operations Center said 99,475 Peruvians had lost everything since the beginning of the year, while 626,928 had suffered serious damage to their homes.
The government predicted days of more rain ahead.