A new outbreak of A/H5N1 virus has been discovered in Vietnam illegal transport, trading and consumption of poultry cause high risk of infection 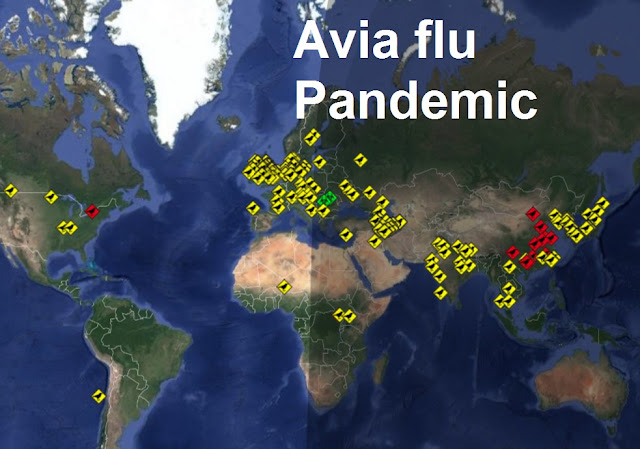 Click on RSOE Alert map to enlarge, red squares indicate humans infected or dead
The Department of Animal Health under the Ministry of Agriculture and Rural Development reported on March 22 that a new outbreak of A/H5N1 virus has been discovered in the Mekong Delta city of Can Tho.
The A/H5N1 avian flu was found at a household farm in Thoi Hoa ward, O Mon district on March 15, with nearly 400 sick and dead ducks.
The local livestock and veterinary department has coordinated with the municipal authorities to take measures to prevent the spread of the disease.
It worked to destroy all sick and dead ducks, sprayed chemicals on the farm and surrounding areas, gave vaccination to flocks of poultry in the ward and adjacent wards.
The municipal authorities also asked relevant agencies to closely monitor the disease development and control the transport and trading of poultry in the city. So far,
Vietnam has recorded five A/H5N1 outbreaks in Cao Bang, Bac Ninh, Ha Tinh Can Tho and Tay Ninh, and two A/H5N6 outbreaks in the provinces of Quang Tri and Cao Bang.
According to the Department of Animal Health, Vietnam faces a high risk of infection of new avian flu virus strains, such as A/H7N9, A/H5N2 and A/H5N8 via illegal transport, trading and consumption of poultry, particularly in northern border provinces.
The agency urged all localities to proactively prevent and control avian influenza and strengthen their supervision and punishment on poultry smuggling while monitoring their areas to promptly detect and handle any emerging outbreaks.