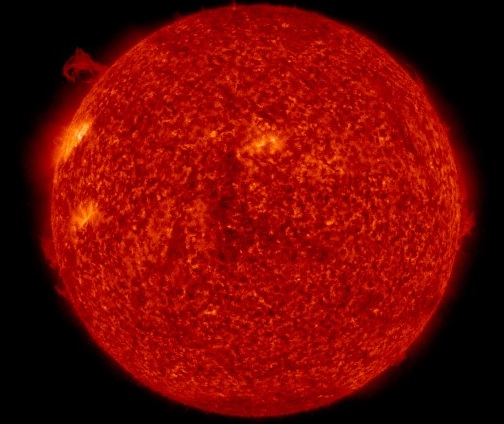 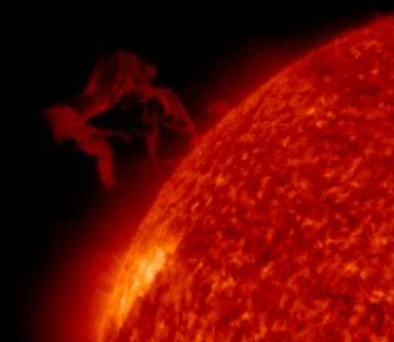 An 8-hr movie recorded by extreme ultraviolet telescopes onboard the spacecraft shows what happened: A tornado of magnetized plasma became unstable when the twister twisted a bit too much. Magnetic fields crissed, crossed, and exploded in a process known as "magnetic re-connection." The flying debris will not hit our planet; the blast was too far off the sun-Earth line. 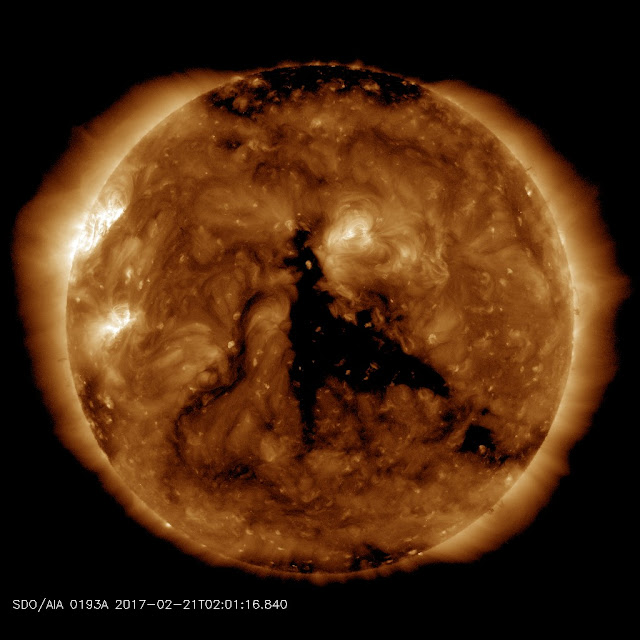