Britain is enjoying one of its warmest winter days ever as the jet stream is pulling warm air from the Caribbean: Air temperatures to 18C, 65F. 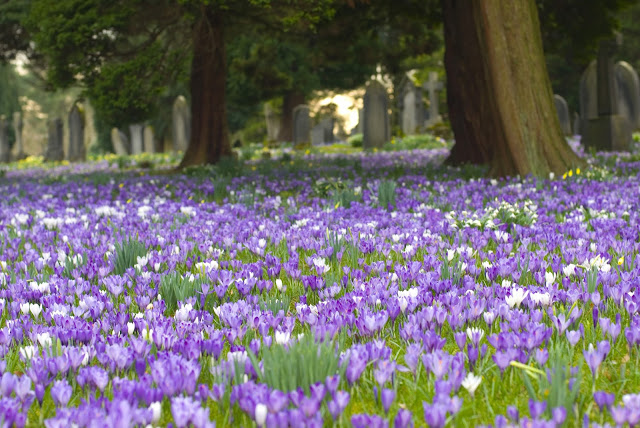 A crocus field bursts into bloom in the UK
Britain is enjoying one of its warmest winter days ever as the jet stream is pulling warm air from the Caribbean sending air temperatures to 18C, 65F.
Kew Gardens in London hits 65F (18.3C), making it the hottest February 20th on record
It is the seventh warmest winter day on record but most areas are beneath drizzly skies
The warm air has left the UK enjoying warmer weather than most Mediterranean countries.
The brief respite from winter is thanks to a bulge of high pressure pushing the jet stream further north than usual, but this will change to rain, wind and even snow flurries for northern areas the week goes on.

However the warm spring weather will be replaced by next week with 50mph winds and rain.