A mag 5.7 and a mag 4.8 struck east of the stricken nuclear power plant Fukushima bringing back the memories of 2011 when fore shocks struck before the big one 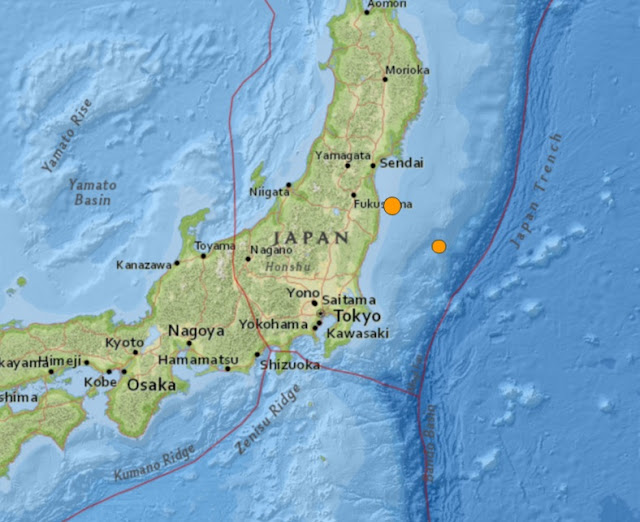 USGS
Two large quakes off the coast of Fukushima bring back memories of March 2011 when several large fore shocks occurred  before the massive mag 9 struck causing the death of 15,000 people a massive tsunami and the destruction of the Fukushima Nuclear plant.


A mag 5.7 and a mag 4.8 struck this morning just miles east of the stricken nuclear power plant Fukushima bringing back the memories of 2011. With another massive coronal hole facing the Earth lets hope it's not a precursor to what happened in Japan six years ago

The latest of a series of massive coronal holes has turned to face the Earth, with it’s incredible intense solar wind to smash into the Earth’s magnetosphere sometime tomorrow.

It is the latest of an incredible string of massive coronal holes which have been showing up with incredible regularity since last September.
The coronal holes have been linked to large quake and volcano activity here on Earth and we can expect major quake activity in the coming days