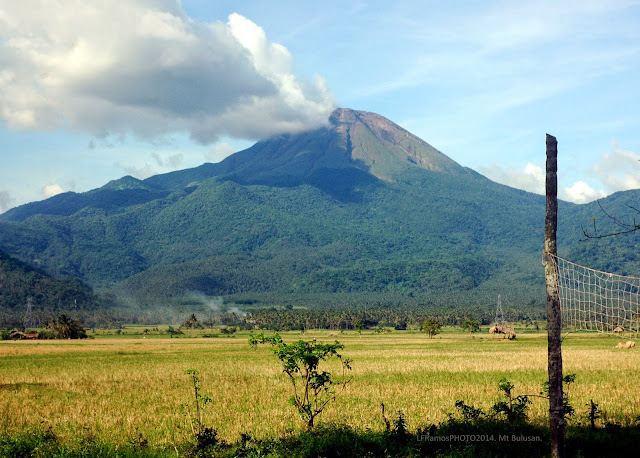 Photo naquem.blogspot.com
Resident volcanologist Crispolo Deolata of the Philippine Institute of Volcanology and Seismology (Phivolcs) Sorsogon Office allayed fears of the public that a strong eruption of the Bulusan Volcano may occur anytime.
Deolata said that based on the parameters they are watching, there are no indications for such event at this time.
"It might, however, explode anytime but not strong, maybe just the same as that of the June 10 and June 19 episodes which are both just phreatic explosions as a result of the hot temperature of water underneath the volcano or hydrothermal process," he said.
Deolata said they are observing the important parameters like ground deformation, global positioning, seismic activities and sulfur dioxide emission.
The ground deformation survey in May was slightly thin but based on the global positioning system, it is inflated - which means, there is a magma movement inside.
The seismic activity after the explosion on June 10 has been zero or 2-3 quakes a day.
The SO2 measurement cannot be determined by the Phivolcs Sorsogon because of the rainy condition in the area and that other personnel of the Phivolcs are focused on the Kanlaon Volcano, which erupted also.
Deolata said there is no relation between the eruptions of the two volcanoes as it was just coincidental.

Icelandic volcano Hekla - dubbed "The Gateway to Hell"- Experts say it could blow any minute: Could cause volcanic winter
Kanlaon Volcano in Negros Philippines erupts ash 1,500 meters above the crater
Bulusan volcano, Philippines eruption 2km high
A magnitude 6.2 - 98km NNW of Isangel and seismic activity from the Suretamatai volcano Vanuatu
After 60 years of inactivity: The Bristol Island volcano, spews ash gas and steam into the South Georgia sky after heavy quake activity