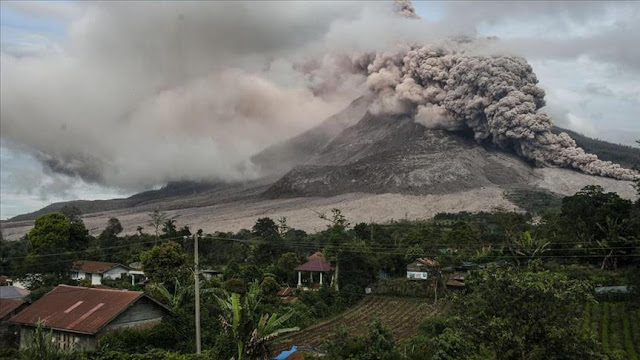 Ashfall was reported in villages of Murcia town, Negros Occidental after a nearby active volcano had a phreatic explosion on Saturday morning.
Mari Andylene Quintia of Philippine Institute of Volcanology and Seismology (Phivolcs) station based in La Carlota City, Negros Occidental, said ashfall was reported in villages closed to Mt. Kanlaon which emitted thick grayish ash starting at 9:19 a.m. on Saturday.
But she said the phreatic eruptions that caused ash emissions were not unusual to the volcano which had been under alert level 1 since last year.
"Its ash emission at 9:19 a.m. reached 400 to 1,500 meters above the crater," she said.
As of noon on Saturday, the crater was covered with thick white clouds while the weather was overcast, said Quintia. Mt. Kanlaon, which straddles the provinces of Negros Occidental and Negros Oriental, is an active volcano but remains a favorite spot for climbers.
With its twin-peaked massif rising 2,465 meters above sea level, the volcano is a centerpiece of Mount Kanlaon Natural Park, a national park located at least 30 kilometers from this city.
Alert Level remains over Kanlaon Volcano, which means that it is at an abnormal condition and is in a period of current unrest, Phivolcs said.
The local government units and the public are reminded that entry into the 4-km radius Permanent Danger Zone is strictly prohibited due to the further possibilities of sudden and hazardous steam-driven or phreatic eruptions, it added. Civil aviation authorities must also advise pilots to avoid flying close to the volcano's summit as airborne ash from a sudden eruption can be hazardous to aircraft, Phivolcs reiterated.