Letters from William Neu regarding the Catholic Church and other related topics. . .

Saturday, 19 November 2022 A letter from William Neau: Why the importance of reading the Book of Truth—And other news regarding the Catholic Church 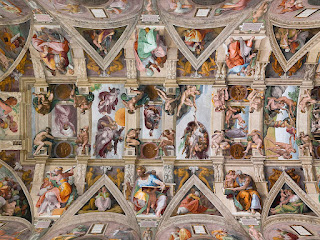 The Renaissance period was a golden age for Catholic art. Pictured: the Sistine Chapel ceiling painted by Michelangelo

The insightful video below is why the Book of Truth mentioned in the Book of Daniel (10:21/12:4-9) should be read, now (messages archived here: http://thebookoftruthonline.blogspot.com/p/the-book-of-truth-online.html )

Would recommend the videos on stopworldcontrol.com as is advertised in the video above.

Saturday, 22 October 2022 A letter from America. More from William Neu on the Catholic Church and other related topics. . . A comforting factoid? 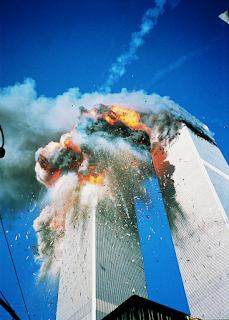 Since Cardinal Muller has a somewhat heavy accent I would recommend reading the article instead of watching the video interview:https://www.lifesitenews.com/news/cardinal-mueller-says-pope-francis-synod-is-a-hostile-takeover-of-the-church-in-explosive-interview/Francis - as chaplain of the New World Order:https://www.lifesitenews.com/blogs/john-henry-westen-pope-francis-is-the-chaplain-of-the-new-world-order/Church Militant News - another "Alice in Wonderland" appointment (please watch the first 8-1/2 minutes):https://www.churchmilitant.com/video/episode/even-2022-10-19*The Book of Truth has prophesied this growing chaos, if accurate much more to come. So far it does not disappoint.
Saturday, 1 October 2022 A message in a bottle: The Pope's Moscow visit: When I get a life I will be alerted—More on the Catholic Church from William Neu. 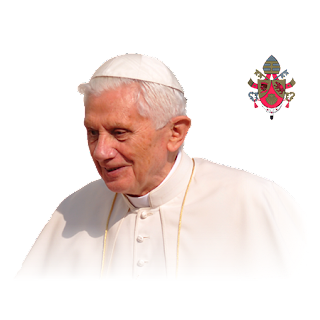 It has been about nine and a half years since Francis stepped into the Chair of Peter. Some will claim he is not a pope, but acting in the capacity of administrator for Pope Benedict XVI. This link: https://www.youtube.com/watch?v=A30NvrOLLpw  (titled, Message in a Bottle) will give ample evidence, in my opinion, that Pope Benedict did not resign his role as pope, as had been erroneously reported. (I found this video much too fast-paced for reading the subtitles, this video can be speed adjusted if needed. If adjustment is desired click on the little cog wheel [Settings] at the bottom right of the video frame, then click on "playback speed" and choose what you need). I highly recommend this documentary.Some may wonder what the importance is of the partial resignation of Pope Benedict (the video will explain the partial resignation in question)? If you are watching the news with an understanding of 2 millennia of Church Teaching nothing more needs to be said, as Francis routinely and progressively defaces Catholicism by shamelessly integrating paganism into multi-syncretic worship and finds favour in appointing sexual predators and known homosexuals to the highest posts in the Church. Obviously, this is enough to stir the pot plenty, but it does not stop there. His many documents are catching the ridicule they deserve as he cunningly places poison among the truth. If this is new to you do a search by typing in "heresies of Francis"
Sunday, 18 September 2022 A letter from America: Francis is definitively indicated as the False Prophet, (written about in the Book of Revelation - chapter 19), who is to mesmerise the Catholic world with false mercy: And a plethora of other End-Time warnings! 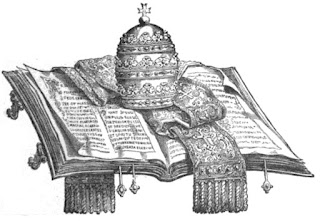 Francis is definitively indicated as the False Prophet, (written about in the Book of Revelation - chapter 19), who is to mesmerize the Catholic world with his false mercy. Others as well are to be drawn to his character unbeknownst of his cunning wordsmithing abilities. All the while, he continues to blur the lines of traditional Christian morality and presenting doctrinal heresy as though it were truth. According the prophetic word of the Book of Truth, he is to be the cause of much division and confusion, eventually introducing an ecumenical liturgy to replace the Holy Sacrifice of the Mass. This heretical act will open the doors for the one world religion.Do not be surprised should he appear to die . . . a faked death and then is "miraculously" revived.There is much more to come after the alleged prophecy of the ecumenical liturgy, but what should be noted without fail and watched for is the very near future of the Second Coming, should the ecumenical liturgy materialize. Should this happen it would be so enormous in magnitude of change within the Catholic Church, that schism is said to come about.