Another letter from my dear friend William Neu: A prophecy in The Book of Truth, which could well be the biggest story the world has ever known AND could be about to unfold in all places. . . Moscow! 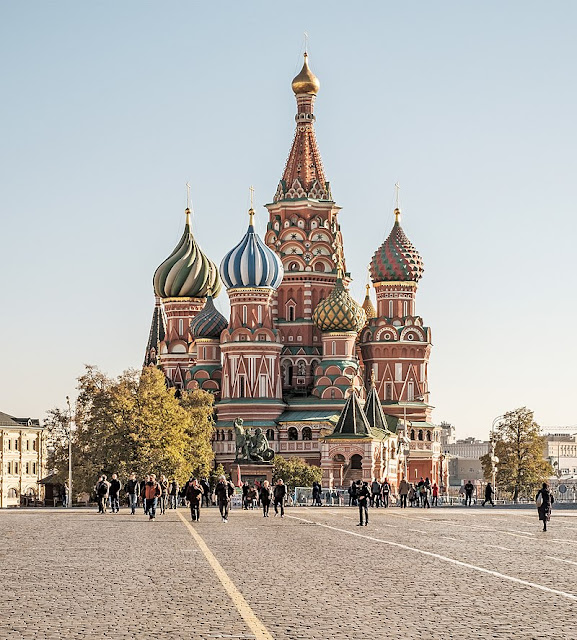 Recently while listening to a prophecy podcast, I heard from the host who had given a verbal report concerning a United Nations vote against Israel, which is to feature a peace summit to be held in Moscow, this vote taken was in regard to the Israeli/Palestinian conflict. Starting at the one-minute mark you can hear what I had: https://www.youtube.com/watch?v=-HbNLo5JcS8 (Begley podcast report).

Because of the perceived importance I was hoping to find a written confirmation of this verbal report, I did check with Pastor Begley, by email - no reply. I went next to the church staff to try to get some info. I was told the verbal report was likely a confidential source in Israel. I have done follow-up online on trying to find the written news source(s) for the verbal information given in the podcast, only to find one other (is it a questionable website? you be the judge, see below). That other source of news featured the same yea and nay count of 154 to 9 against Israel, but no mention of Moscow being the location for the summit: https://unwatch.org/2022-2023-unga-resolutions-on-israel-vs-rest-of-the-world/ (the resolution is found about 2/3rds of the way down the page, titled Peaceful settlement of the question of Palestine).Please do not be tempted to think this is not worth looking into, to the average folk a peace summit event may appear as just another dent in the armor of Israel, but for people who are looking at Book of Truth prophecy it may be the biggest story the world has ever known. On this alleged story only time will tell, but my intention is to give a heads-up, because being readied is for sure the best option.I would like to point out the one Book of Truth message which states that the antichrist will get his first public appearance by negotiating an "unlikely alliance" between Israel and Palestine. The highlighted clip below comes from message #870 which can be found on this webpage: http://thebookoftruthonline.blogspot.com/p/volume-iv.html"The antichrist is now ready to reveal himself and his plan is this. He will wait until wars rage everywhere. Then he will step in and create a false peace in the state of Israel by joining them with Palestine in an unlikely alliance."A second significance in this potential end time story, is the location for the peace summit. Of all places, it is to be held in Moscow. Message #775 points out that the antichrist will be from the East, not the West. On this webpage: http://thebookoftruthonline.blogspot.com/p/volume-iii.html you can access that message.
Eye opener interview by Greg Hunter with Alex Newman - I think he is editor of Liberty Sentinel blog site:https://usawatchdog.com/cop27-global-meeting-to-destroy-america-alex-newman/I generally don't get onto topics such as gun control, but this article from Newman was fascinating:https://libertysentinel.org/guns-a-tale-of-two-countriesProphesied - control of food production:https://www.youtube.com/watch?v=oXMtfy7Ew_s - Rebel Newsorhttps://www.youtube.com/watch?v=Tq34MyenrmE - Sky NewsChinese citizens fight back against lockdowns:https://www.brighteon.com/366d0b5c-1d4e-48d9-9d24-d077afd3fbc7When heavy subjects abound sometimes we have to mix it up with some funny stuff.a toddler's discovery:https://gloria.tv/post/J7BuLCzALf9K3Naku3JWwESeCDisgruntled dog:https://gloria.tv/post/SBNckdVadyro2cpX2t6QkbLwG----------------------------Pandemic LOCKDOWN 2.0Please watch Faith and Reason (Life Site News):https://www.lifesitenews.com/episodes/837318/?utm_source=top_news&utm_campaign=usatake notice of the reference made concerning children's vulnerability to this new pandemic.After watching the Faith and Reason video production consider the highlighted clip below. Is another Book of Truth prophecy about to manifest?They will introduce a form of genocide, through compulsory vaccinations, against your children with or without your
permission.That clip is taken from message #608, it can be found on the webpage: http://thebookoftruthonline.blogspot.com/p/volume-iii.htmlNano-particles in food and beyond:https://gloria.tv/post/MKEyqEZZs9mK3rzfiwCgHvZp7As more and more governments around the world become dictatorial we are called by God the Father to protect ourselves and loved ones, in these end times, learn how here:http://thebookoftruthonline.blogspot.com/p/seal-of-living-god.html
Great stuff William, thank you. . .
William's Page
at January 06, 2023