Graphene Oxide To The Rescue! While millions of us worry about staying warm this winter: Can you imagine, sitting in an igloo at subzero temperatures, sipping cocktails, in your shorts and teeshirt, listening to Pink Floyd, in your own tropical micro-climate? Well, you could! 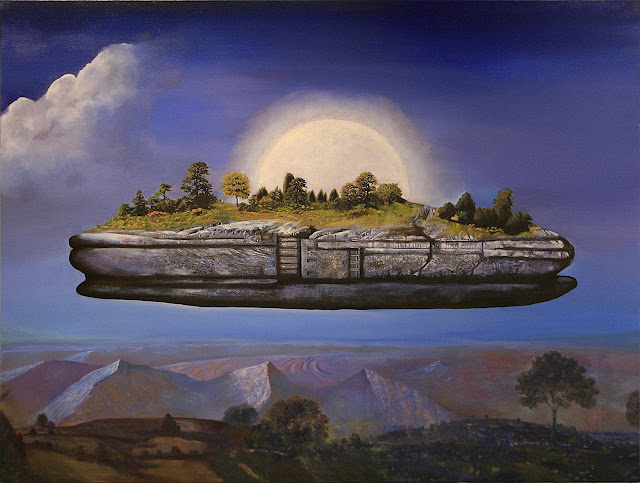 Millions of us may be worried about paying the energy bills and staying warm this winter, but, there is a contingency plan, by our mad scientists and government leaders who want to help us, who needs Russian gas anymore, anyway?

Personal thermal management. Yes, it's already out there! Can you imagine, sitting in an igloo at subzero temperatures, sipping cocktails, in your shorts and teeshirt, listening to Pink Floyd, and basking in your own tropical micro-climate—All you need is your own thermostat and off you jolly well go!

We are talking about—Wearables and bioelectronics, which apparently rely on breathable interface devices with bioaffinity, biocompatibility, and smart functionality for interactions between "beings" (that's us) and things and the surrounding environment. Imagine that. . .

However, it just so happens, wearables and bioelectronics can help "humans," in many other ways too, for instance, wound healing, drug delivery and biosensing, what is biosensing? Biosensing is the detection of target molecules based on the principles used by a living system such as an immune system—Hmmm, this is all beginning to sound a little bit familiar.

Wearables and bioelectronics can also provide—"YOU," with personal protection. WHAT?

Could this stuff protect me from being mugged? Or protect me from one of Putin's tactical nukes? No stupid, it protects you from Covid and other viruses. Of course, it does.

There is a caveat, yes, of course, there is always a caveat! Wearables and bioelectronics are just other attempts to interface humans and the internet. And our old friend Graphine Oxide is of course the foundation of this technology.

Take away the benefits of a cocktail or two in an igloo, listening to Pink Floyd and the harsh reality of this horrendous technology once again rears its dystopian basis.

By reporting on only the positive benefits this new nanotechnology has to offer to a human being and not the dark side, the dystopian, Orwellian side, our leaders are leaving themselves exposed. Indeed, their lies and deceptions are easy to call out. By listening to what they say—And what they 'don't' say: By watching what they do—And watching what they 'don't' do. When we start breaking down specific facts and figures we can see lots of disturbing anomalies in the official narrative we are being fed by governments, scientists and the media. There are many lies being uncovered, layers and layers of deception—What our leaders refer to as alternative truths.

Wearables and bioelectronics are just another attempt to link every human being on this planet to the powerful 5G network so we can be monitored and controlled 24/7. They are an integral part of the so-called, "Grand Reset," which is being touted by our world leaders since WWIII started back in early November 2019—Full story here

When the graphene oxide is given a positive charge a magnetic field is activated, the graphene oxide can be present in an individual's body or in wearables and bioelectronics, mentioned above. Graphene is a fantastic conductor of electricity and can host its own magnetic field and is being used as a tool for connecting human beings to the internet. Here is what the scientists are failing to tell us. Our thoughts, movements and actions could then be monitored on a neural network which would be fitted to the brain, this technology is already out there and is being championed by Elon Musk and Bill Gates and computer giants IBM, to name just a few.

According to IBM, neural networks reflect the behaviour of the human brain, allowing computer programs to recognize patterns and solve common problems in the fields of AI, machine learning, and deep learning. Now, with the use of lipid nanotechnology, our bodies could quite easily be monitored through the neural link in our heads along with the graphene electrical conductor, and get this, George Orwell's "thought Police" could be monitoring our every thought, if we had a wrong or bad thought, we could be zapped with an electrical shock. A positive charge could potentially kill a person depending on how much graphene was in the body.

Eventually, when most of the world is walking around with a body full of electrified graphene oxide, a global database will fall automatically into the hands of "The New World Order."

There was much speculation around the world claiming a link between 5G and the coronavirus 24 months ago. Governments, scientists and the media are quick to dispel such claims as not true. Then for some strange reason, the topic of 5G suddenly and inexplicitly disappeared from the news, as if it never happened. But it did happen and it can be linked to the vaccines and indeed will be a key ingredient.

Our vaccinated body, with its graphene oxide superconductor of electricity, hosting its own magnetic field, along with the neural network in our head, controlling our minds and thoughts and the eventual chip in our hand would allow us to buy and sell. People without this technology would be "locked out." Unable to work, shop or indeed function in the new digital world. The rest of us would, "own nothing and be happy!" This is exactly what Klaus Schwab of the World Economic Forum told us was coming back in 2019, just before the start of WWIII.

Graphene Oxide remorse would become worldwide, at least for the ordinary Joe, you and me. However, the door by this time would be slammed shut! Ironically I received an email this morning with these words, "SOON THE DOOR WILL CLOSE," and many will be pounding on it, begging for it to open," but it will be too late! For billions of people.

There is a connection, according to an NCBI report, (National Institutes of Health), who are claiming doses of charged particles from 5G, and 4G can cause acute and persistent oxidative stress which can lead to cell and tissue damage, damaging proteins, and DNA and suppressing immune systems, which is probably why Covid-19 has been so destructive in wealthy countries such as the US and all of Europe but not nearly as destructive in 3rd world or poor countries.

According to our man in Alaska, Bill Laughing-Bear, the bad biological effects of non-ionizing radiation are a Western disease because of cellphone use. With this type of energetic air pollution, there are many causes for concern. For instance, it is known that both single and double-strand DNA will break down due to these cell phone frequencies. While a single strand at times can heal, it is thought that double-strand DNA breaks will not repair and can lead to genetic mutations.

Other problems such as poor memory and concentration, delayed reaction times, headaches, lower levels of both melatonin and serotonin, anxiety, chronic pain or pressure in the chest, shortness of breath, nausea, dizziness, blood pressure problems, sleep disorders, chronic fatigue, and tinnitus are very common. Not bad enough, let’s throw in the likes of Multiple Sclerosis, Alzheimer’s, birth defects, red blood cells sticking together (which happens after the vaccine too) or deforming in what is called bottle capping, ADD/ADHD in children, reproductive problems, skin disorders, Parkinson’s Disease, and Autism.

As I mentioned earlier, according to an NCBI report, (National Institutes of Health), low doses of charged particles cause acute and persistent oxidative stress which can lead to cell and tissue damage damaging proteins, and DNA and suppressing immune systems. With a damaged suppressed immune system we are "sitting ducks" for an attack by a virus such as COVID-19 and all the other crap out there. A simple injection is now all that is needed to change a person's DNA, that's all it takes, you wouldn't even know it was happening.

Great info Gary! When the power was out here for over 2 weeks post Hurricane Ian, one night after everyone (pets & hubby) were sleeping I sat up thinking and taking in the dark lightless quiet of the evening and all of a sudden realized I'm not hearing any "buzzing". You know, there is always an electrical Humm like low frequency kind of back ground sound going on, so common and continuous that we most times don't even realize we are hearing it, but we are.
That sound...that noise, it's all that Gary has written about here. It's that "connection" to all our technological devises.

I was able to notice its vacancy because I always was hearing it pre no power days. I think that is what tinnitus really is, not a health disorder that we get like catching a cold bug, but rather sensitive nervous systems reacting or enabling us to hear and detect it via that humming buzzing sound in our ears. It never got so bad for me personally that I felt the need to reach out for any medical treatment, but it did and has annoyed me at times to the point of one time going to the pharmacy for an ear wash to maybe clear it out.

Fast forward....and no kidding, as soon as the electric power went back on, there it was again! I'm hearing it right now as I write this and because there is no other sound going on at 6 a.m. in my kitchen. Lights are off, pets are sleeping, TV is off....nothing but the coffee pot is on and my tablet I'm using to talk to you all is on battery power. In that quiet is when I hear it most. After the world wakes up and the sounds of cars and others beginning to turn on their normal things, that buzzing is shadowed by those other noises so not noticeable because we focus on the sounds of the worldly things.
Well now I know for sure...yes indeed we are exposed to that invisible electric currency noise of 5G electricity and all the rest of this technology frequency flying through the air every minute of every day. Having no power was difficult but there was a peaceful element of real quiet and lack of pressure on my head absolutely! Oh, and the night skies were so full of so many stars too! It was amazing because with no lights on for miles the skies light up and it is beautiful!

As I look for the good in all the mess I am in now post hurricane, the no power quiet was one of those good things....the "for your own good part" that our Lord Jesus promises us. There is something good in being like Gilligan's Island, remember that show? That's how I felt when I got stranded on a deserted island with no power and no connection for 16 days, I was Gilligan! Wasn't all so bad in that respect.
Thanks Gary for the info of your post here!
Hawkeye

You're welcome, and what a pleasant surprise you feel well enough to post a comment after what you have just been through, have a good day Hawkeye!